This is the next in a series of posts closing out the baby chapter in our house.  This time, we’re sharing the different feeding methods we’ve used, as well as some tips and tricks that have worked for both kids. 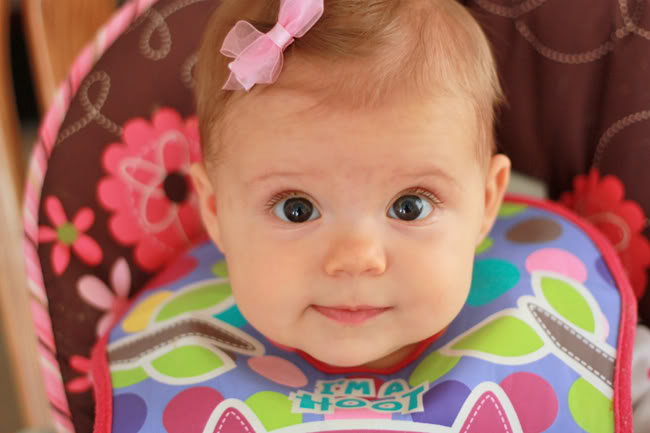 The way you feed your child seems to be a really hot and sometimes controversial topic. There are so many opinions and methods out there, and I fairly regularly get questions about feeding babies and toddlers. The fun thing is that my experience was so different with each child that I know there’s no one right answer!

As always, the adage “Good for you, not for me” is at play here. Take what works for you and go for it and completely discard whatever doesn’t. You’re the mom and you’ll know what works for you! With that in mind, here’s what worked for us then (and what’s still working for us now) … 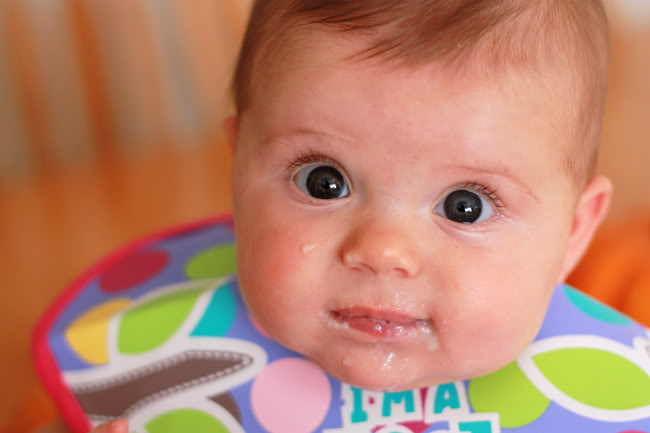 Sophie was a champion nurser and was ready for table foods right “on time.” She really preferred purees and loved all of them, homemade or store-bought. She especially loved orange veggies and totally turned a tiny bit orange for a few months (which is nothing problematic, just a little funny).

I made a lot of what she ate using this book from Tyler Florence. He does a great job of introducing new flavors and gradually transitioning to more textured foods.

Around 9 months or so, she started wanting to try small bites of what we were eating. Then, the world of food just burst open for her. She loved everything from lemon Greek yogurt with berries to black bean enchiladas to lasagna.

Around 2, her sensory processing issues (combined with the regular 2-year-old picky stage) flared up and she took a giant(!!!) leap backward. Her sensory issues and food intolerances made eating such an issue that she was in feeding therapy for the better part of three years to sort it out. But between 6 months and 2 years were kind of her “golden stage” when it came to food. She was a poster child for trying new things and eating a good variety of foods. 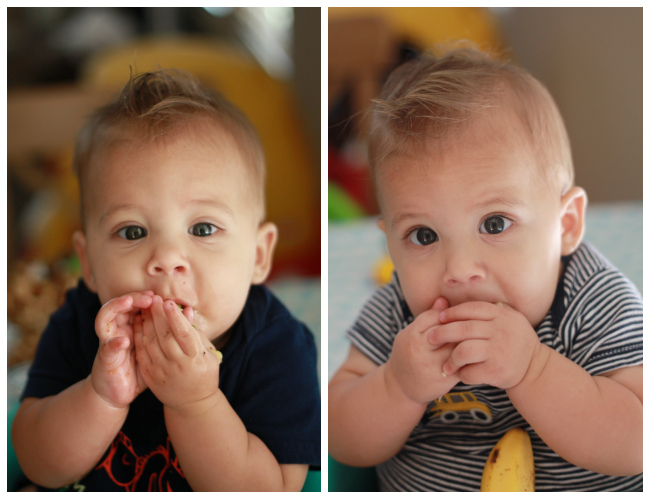 I’ve already mentioned that Milo’s feeding experience was totally different from Sophie’s. He was bottle fed and when the time came to start him on foods, I made a gorgeous batch of purees for him. Which he promptly rejected with abhorrence for a few weeks.

Finally, I tracked down a copy of Baby Led Weaning and it made life so much easier. In essence, we transitioned him to soft table foods and finger foods that the rest of the family were eating. He much preferred to feed himself (even as a 6-month-old), and he wanted to eat what we were eating. 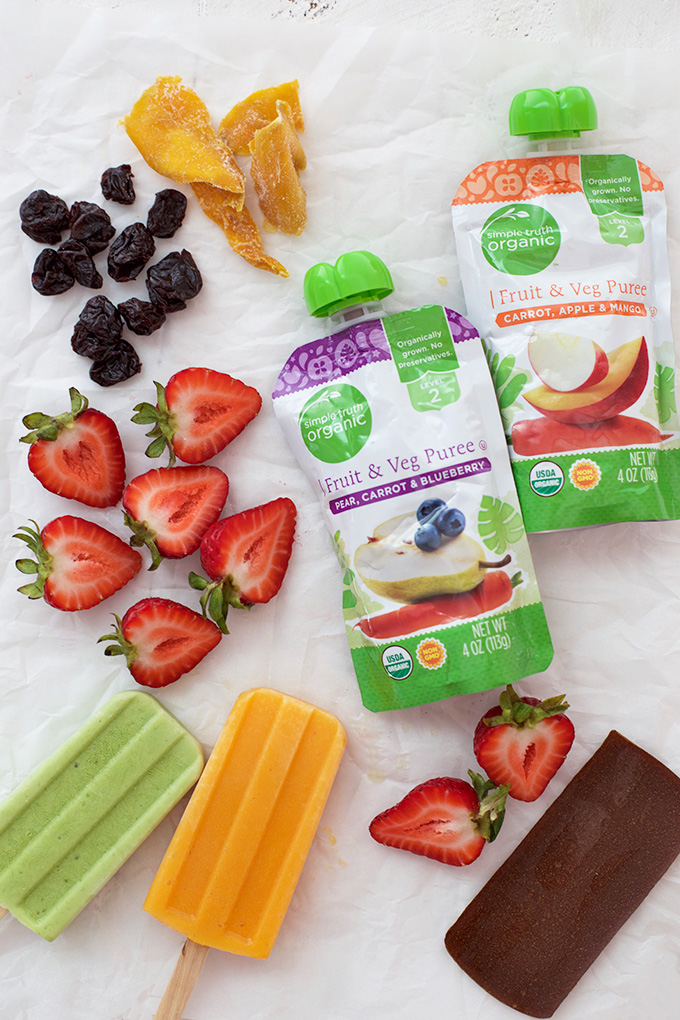 A few things that worked for both kids.

Both of my children were really good eaters in the beginning once we figured out whether purees or table foods worked better for them. One of my big goals was to expose them to as many new flavors as possible. Sophie would eat blue cheese (before our diet changed) and Milo gobbled up zucchini wedges.

Our big goal was to help them become familiar with a wide variety of flavors and textures. Even though Sophie’s sensory processing issues have thrown off her eating habits and Milo’s in the thick of toddler pickiness, this is still our goal. Exposure, exposure, exposure.

When the kids are out shopping with me, we often try to find something new or interesting. Maybe that’s a variation on something they’re already familiar with, like striped bell peppers, golden raspberries, or yellow watermelon.  Sometimes it’s something entirely new for them, like kiwano, custard apples (cherimoya), or papaya. I try to keep things really low-pressure. It’s fun to try something new, and if we don’t like it, no problem. The less pressure you add to the situation, the better.

3. As many fruits and veggies as possible.

I wanted to start a pattern of eating at least one fruit or veggie at every meal. When that’s just The Way Things Are Done it’s less of a fight at our house, so it’s been a good solution.

Sometimes, that means getting creative. Fresh fruits and veggies, dried fruit, frozen fruit popsicles, smoothies, and fruit and veggie pouches have always been some of our go-tos.

I love fruit and veggie pouches because they’re like a smoothie you can take on the go. Plus, they’re so convenient, don’t require refrigeration, and taste pretty darn good. The Simple Truth Organic ones are made from organic ingredients and are still less expensive than nearly every other band out there, so I pick some up nearly every time I’m at the store.

My kids are 3 and 5 now, and we still eat them regularly. With a blend of fruit and veggies, they’re more nutritious than straight up applesauce and are perfect for packing in lunch boxes (I loosen the lid first), tucking in your purse or diaper bag for an on-the-go snack, or bringing along on car trips (such a lifesaver!). I even have friends who pack them in their gym bags with a handful of nuts for after their workouts! 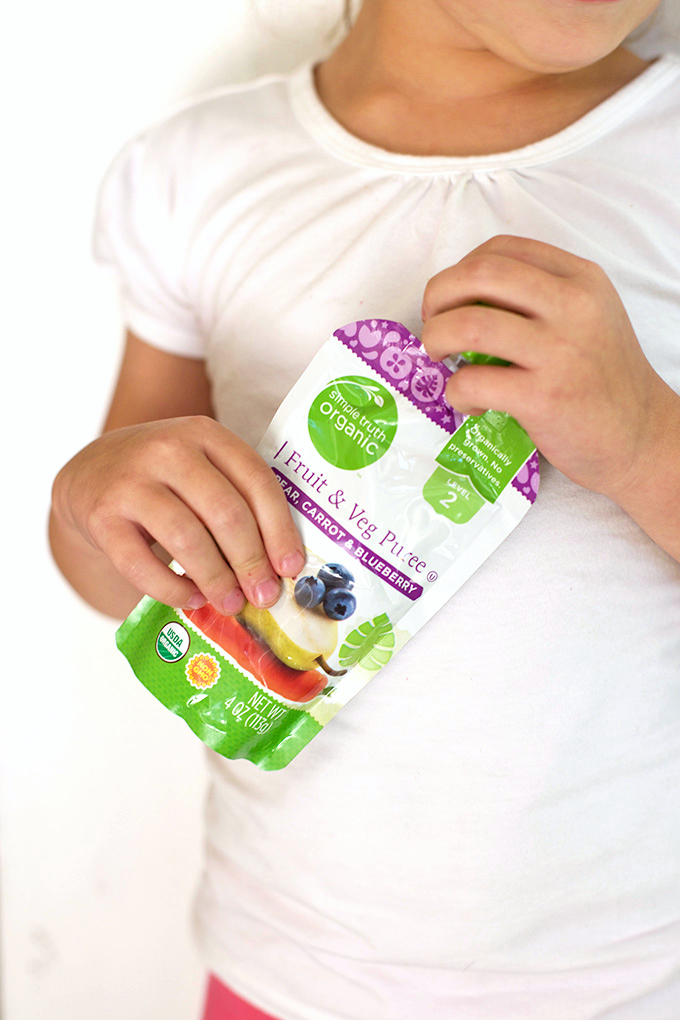 What has worked for you with your little ones?
Any books or methods that you loved (or didn’t love)?
What are your favorite ways to encourage more fruits and veggies? 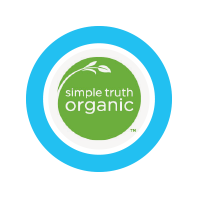 This is a sponsored conversation written by me on behalf of Kroger. The opinions and text are all mine.