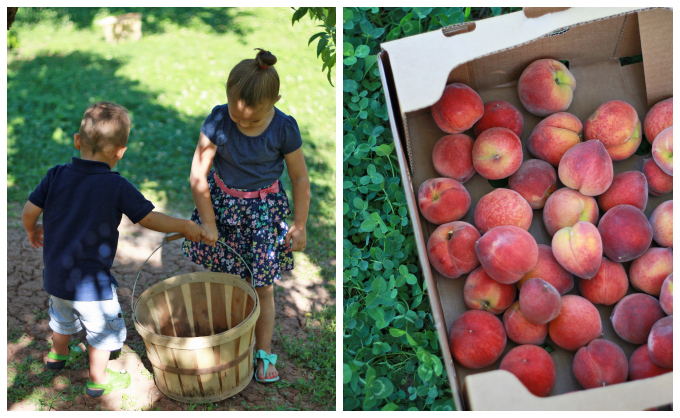 1. Go to Jesus. It’s been a couple of rough weeks at our house. Sophie and I have been holding onto The Death Cold for over a week now, so on Sunday we stayed home from church. Milo was not pleased to have to go with Dad, and–in an effort to convince Michael to leave him at home with the girls–began sob-shouting “GO TO JESUS, DAD! *sob*sob*gasp* GO TO JESUS!”

To say we were unable to keep a straight face at this time would be a great understatement. 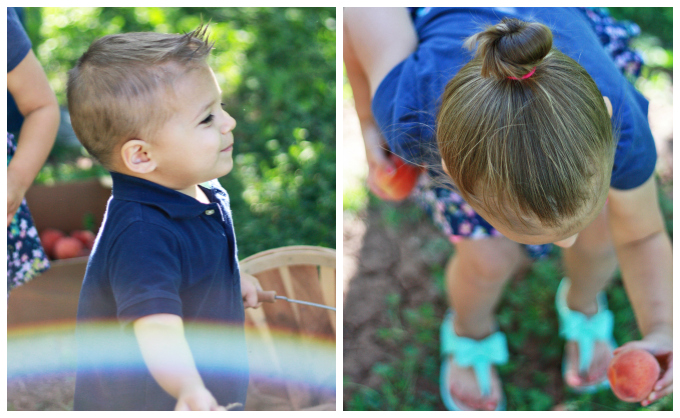 2. Peach Picking. There’s an orchard not too far from us that opens up for U-pick peach picking once a year. We went last year and brought home a box of the juiciest, most beautiful organic peaches I’ve ever eaten. Juice-up-to-your-elbows peaches.

The One and Only Peach Picking Day happened to be last Saturday. I don’t know what made me think that was a good idea (I’m blaming it on fever delirium), but we went right as it opened. There were only a handful of families and hipster couples out that early, and we were gone less than an hour. I felt it for the rest of the day, but I’ve almost cried over how happy I am to have those peaches this week. They are so so good. 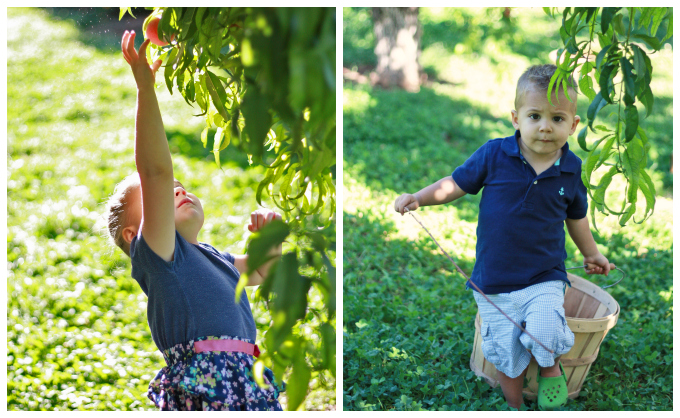 3. Caricatures. Watching my children at peach picking was like watching a caricature of their personalities. Milo busied himself with trying to heft heavy baskets off the ground, throwing rocks, finding sticks, and scoping out the ducks and chickens. Sophie was careful, gentle, and meticulous about placing the peaches in the box. She was curious about the clover on the the ground, liked pointing out “big” peaches (they were all pretty small), and wanted to know what we were going to make with them. And that sums them up in a nutshell. 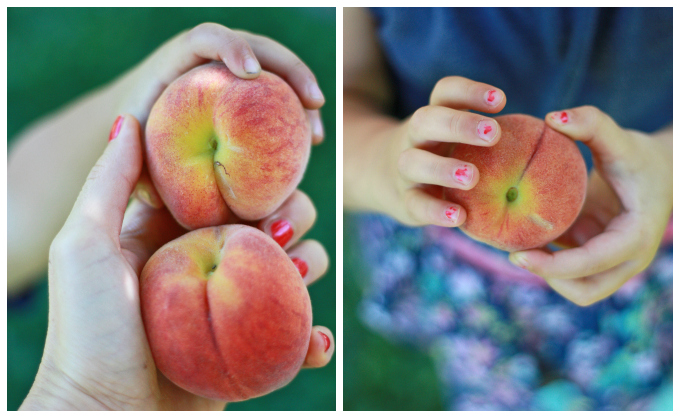 4. Wear Pants. I don’t know why, but when I made our 101 Things to Do in 1001 Days list, I put a goal to paint my fingernails for 4 weeks. Actually, I guess I do know why. When Sophie was a newborn, she didn’t sleep longer than 2 hours at night for over six months and rarely napped longer than 30 minutes. In between, she cried most of the day and night. Really. It was an awful time, and I felt more like a zombie than I’d ever thought possible. Although I’d lost the weight I’d gained in pregnancy, I was still wearing the same stretched out yoga pants and ill-fitting tee shirts I’d worn while pregnant most days. I put my hair up when it was still wet, and though I usually swiped on a bit of mascara, I really just felt awful inside and out. One day, I wrote down a goal and taped it on my mirror. What did it say? “Wear pants.” Yep. I had to set a goal to wear actual pants. Jeans. And I did. And I started feeling more human again.

When I wrote the 101 Things List, I wanted to feel more feminine. And nail polish has somehow done that for me. When Sophie and I (because if I do it, of course Sophie needs to) have painted fingernails, they bring me a little spot of happy color throughout the day, whether that’s changing diapers, cooking dinner, reading books, or holding a screaming toddler. I’ve found that by using base coat and top coat they’ve lasted longer than one day, and it doesn’t take so very long to wipe the polish off when it’s no longer looking great. I don’t think I’ll be an always-painted-fingernails person, and I certainly can’t afford getting them done every week or two, but for now, it’s fun to do them myself every once and a while. 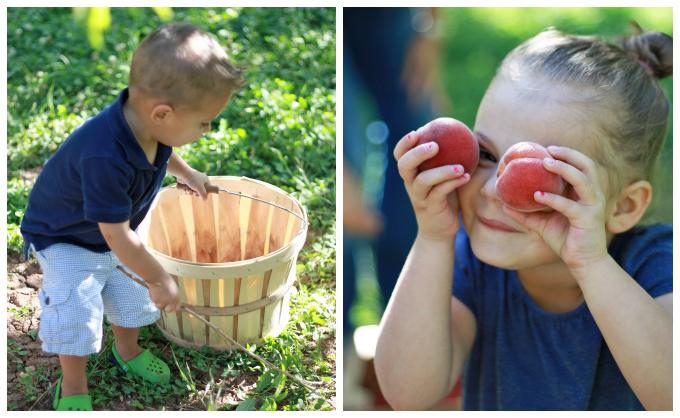 5. I can’t believe that these two years are already(?) and finally(!) over. These have been two of the most intense years of our lives. Milo learned to crawl, walk, and talk. Sophie started speaking and has developed a whole host of knowledge and skills we wondered if we’d ever see. We’ve loved so much about having Michael in school. His schedule, while somewhat unpredictable, meant that there would be a few afternoons a week where he had a few hours to spend with us. We loved making new friends and have been blessed to meet some of the most incredible therapists/friends ever. We’re also really looking forward to a predictable work schedule, regular income, and the opportunity to start looking for a home to settle down in (not for a few months at least).

« Fun with Kids: Building and Construction
A Quick Little Getaway »