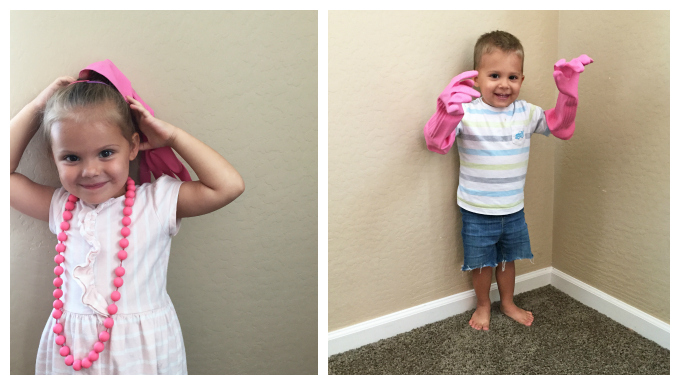 1. You know what’s super classy? Us at church. Not. During the last several Sundays during the reverent silence of the sacrament (communion), my children have been known to shout the following…

No amount of whisper-shushing works. No child pays the slightest bit of attention to their parents gesticulating and shushing and turning purple with embarrassment. It’s really terrific. I’m sure everyone is so happy they’re sitting by us, the glowing example of pious reverence… #sarcasm 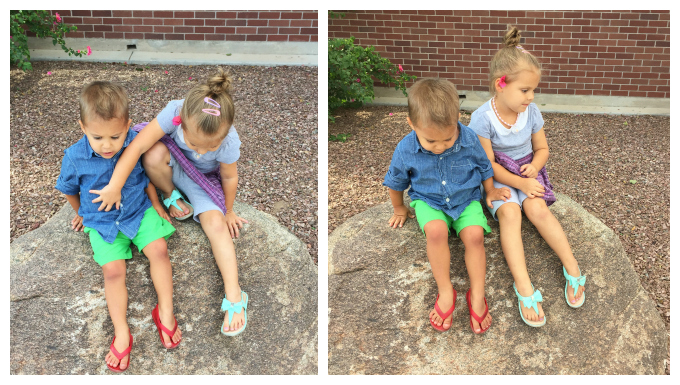 2. Take a cheese. Speaking of church, Milo and Sophie have determined that it’s very important for me to “take a cheese” of them after church sitting on a big rock. I don’t know why this became important, but each of them insists on rock sitting and photo taking despite the fact that no one will look at the camera. In his defense, Milo is usually man-shouting the word “cheese,” as in the above picture, so he gets partial credit. 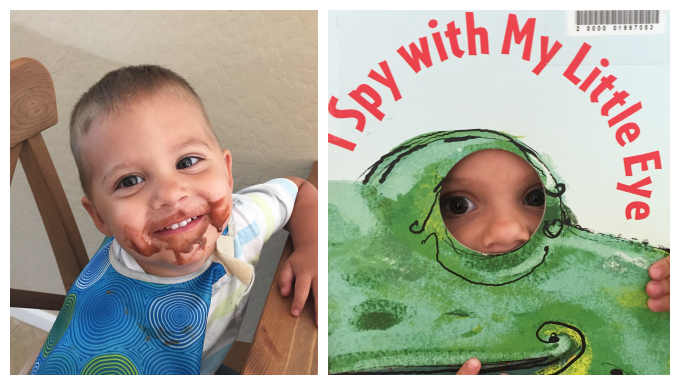 3. Guys, we watched another movie. The YouTube clips of songs and scenes trick is working for us! We watch song and movie clips from Disney movies to familiarize Sophie with what’s going to happen, and she did okay during Robin Hood this week! We thought it seemed a natural step up from Jungle Book, since there’s a bear voiced by the same guy and a silly snake in each movie. Milo is in heaven, and Sophie did something hard. I’m so happy for everyone!

p.s. Anyone have a suggestion for our next one? Sophie scares super easily (the animated Cinderella was TERRIFYING for her and we only for 15 minutes in, so I think Sleeping Beauty, Snow White, and Little Mermaid are out for now because of their villains). She also for some reason REALLY doesn’t want to watch Aladdin. I don’t know why. The cover is too much for her. 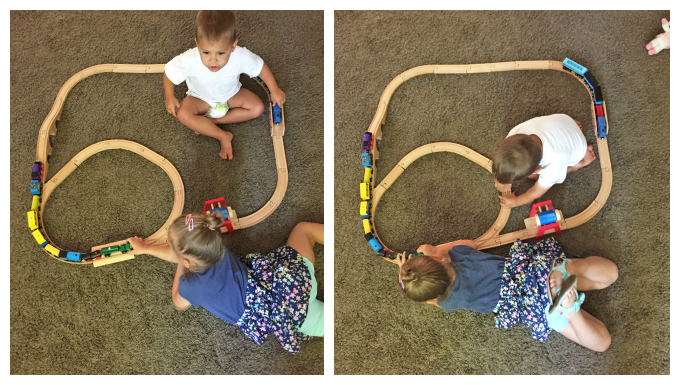 4. Our train set has proven one of the best toy purchases we’ve ever made. It’s played with just about daily, often several times a day. Milo LOVES to play trains, and Sophie’s good for a few rounds before moving onto something else. We bought this set from Melissa & Doug and a little one from IKEA.

If you’re not sure your child will love a train set, I’d totally recommend the IKEA one (or two) to start with. It’s super inexpensive (like $10), very high quality and fits together with other train sets (like our Melissa & Doug one). Once you know that train sets are your thing, I can’t recommend the Melissa and Doug one enough. It’s got everything (including plenty of trains) and endless configuration possibilities. 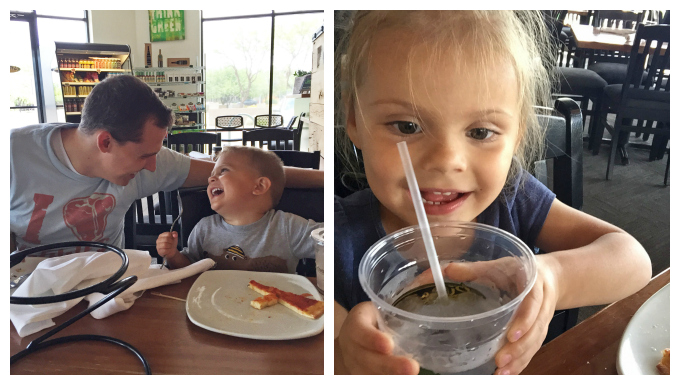 5. Lastly, a question: if you got to save up for a big trip somewhere in a few years WITH two children (who will be around 6.5 and 8 years old), what would it be? Hawaii? The Oregon coast? A cruise? Disney World with all the trimmings? I’d say Europe, but I’d rather do that sans children or when they’re old enough to appreciate it.

We have some other, smaller trips planned in the next few years (including Disneyland in CA), but Michael will have a big work break/sabbatical in a few years and dreaming of/saving for a big special trip is something to look forward to and keep me going. What dream vacation would you plan for?