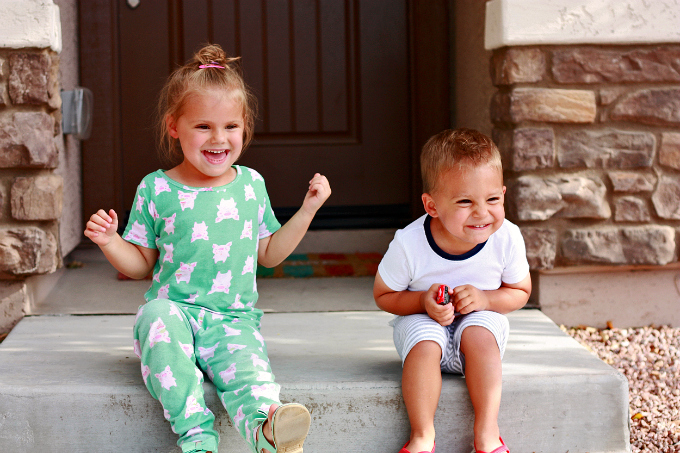 It was a happy 4th of July for the most part! We can be pretty boring when it comes to big holidays. Since becoming a mother, I’ve had to adjust my expectations somewhat and learn to look at these sorts of celebrations in a new way. When you think of all the things that make big celebrations like the 4th of July lots of fun–spending time with lots of friends and family, parties, new foods at a barbecue or potluck, long days at the park, pool, or outside, fireworks, new games, lots of bright colors, parades, etc., it gets pretty overwhelming. While Milo can adapt and join in the fun with a typical number of toddler meltdowns over wanting more popsicles or friends taking his toys, Sophie really struggles with a lot of the regular things ON TOP of all the sensory issues at play. It’s often just too much for her and it can take her days (or even weeks!) to “recover” from a holiday or big event like this.

It had been a rough sensory week, so we didn’t think doing anything big, loud, or crowded was a great choice this year. Playing hard all morning, swimming in the afternoon, a picnic in the living room while we watched a movie together (Robin Hood again) and super early poppers and fireworks were just right for us. 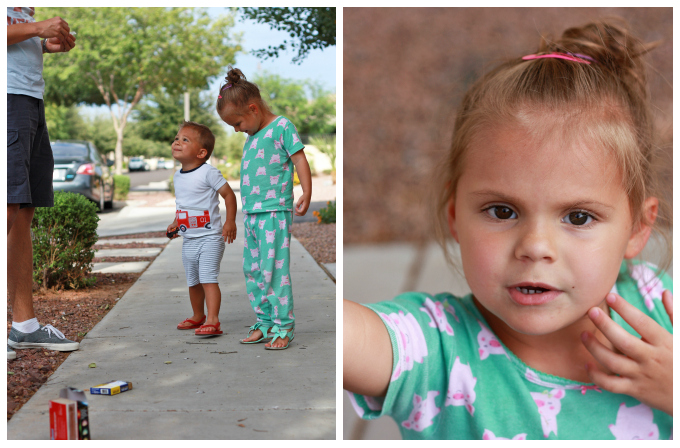 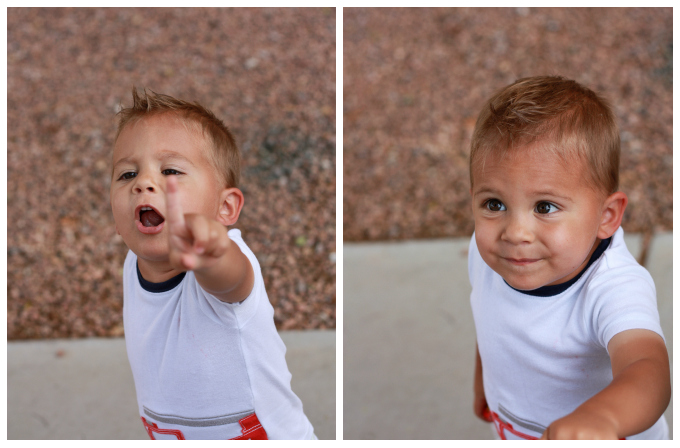 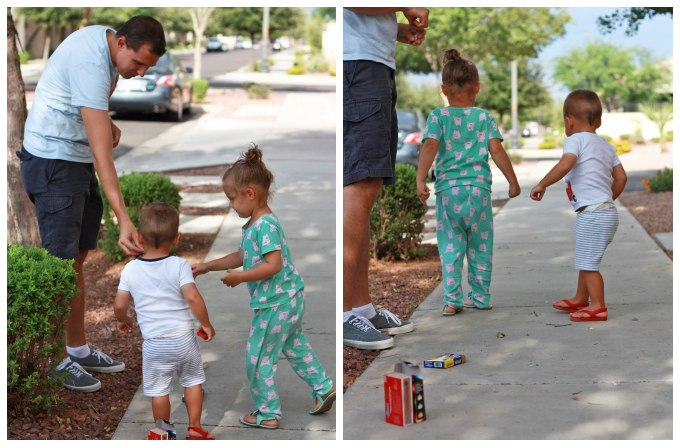 Sparklers had been ROUGH last year particularly for Milo, so we opted to skip them this year. Both kids loved the poppers (and Milo kept saying “can I ONE more?”). They had lots of fun with those for a while, but by the time we’d gone through half a box (of 100), Michael and I were ready to move on, ha ha!

When it came to fireworks, Milo was mostly so nonchalant about the whole fireworks situation. Granted, we did the cheapest (lamest) fireworks, but he just acted like he did this every day of his life. He laughed when Sophie laughed but spent most of the time man-shouting lots of important car facts “White-Neen A-Queen (Lightning McQueen) ISS a FAST RACE CAR!” or pointing out other vehicles down the street (“DID YOU SEE THAT BIGGEST STRONGEST RED CAR SOPHIE?!?!?”)

Sophie, on the other hand, was completely delighted. She cheered and smiled and laughed for every single one. Next year, we’ll have to get the one-step-above-the-cheapest fireworks and see what happens! 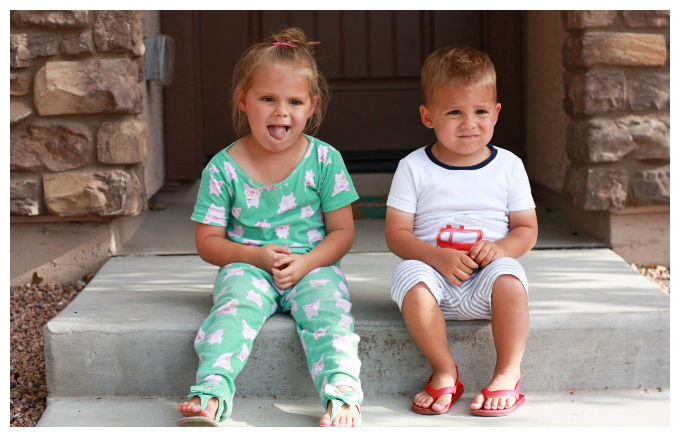 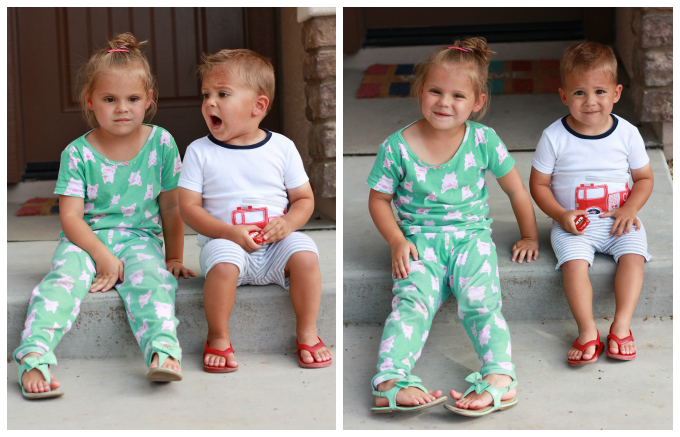 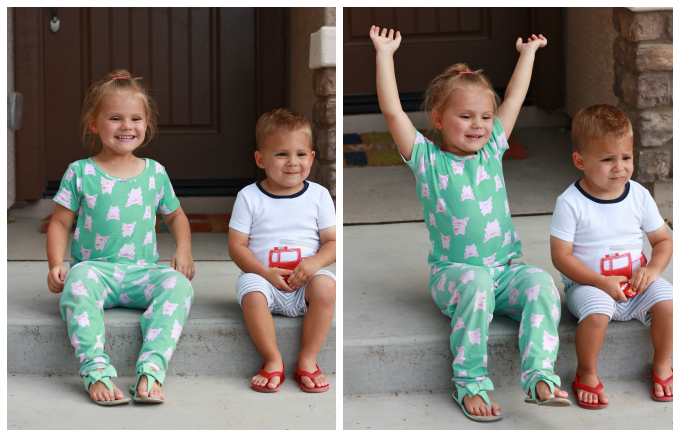 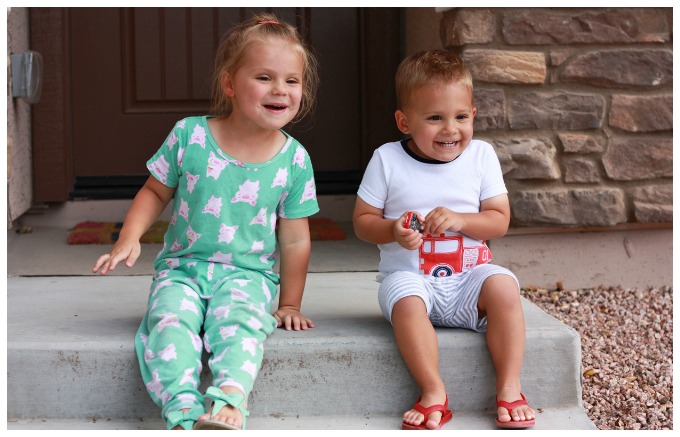 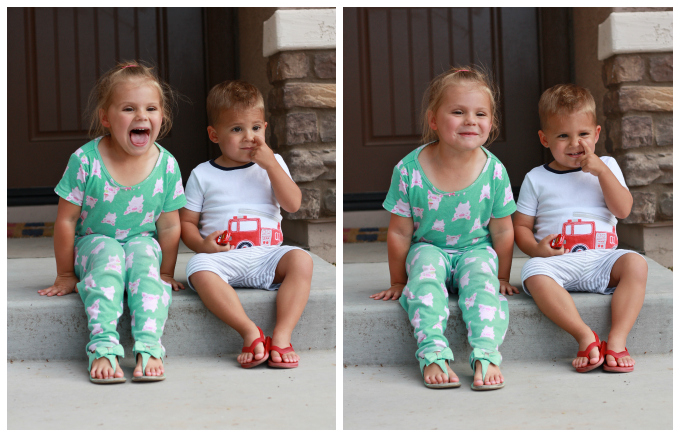 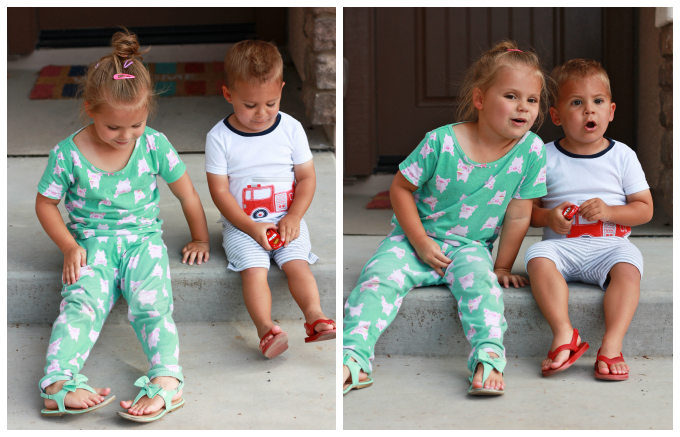 I was reminded this week of the comment my homegirl Glennon made that there aren’t good days with kids, just good moments. We’ve had a lot of hard moments in the last few weeks, but I LOVE these pictures. This was a very, very good moment. Despite some of the chaos and rough patches in the day, this simple picnic in the living room and doing fireworks in the bright sunlight with just the four of us was so, so good.

Happy weekend, dear reader! Thank you for the wonderful suggestions that keep trickling in for Sophie’s next movie. I really appreciate them!