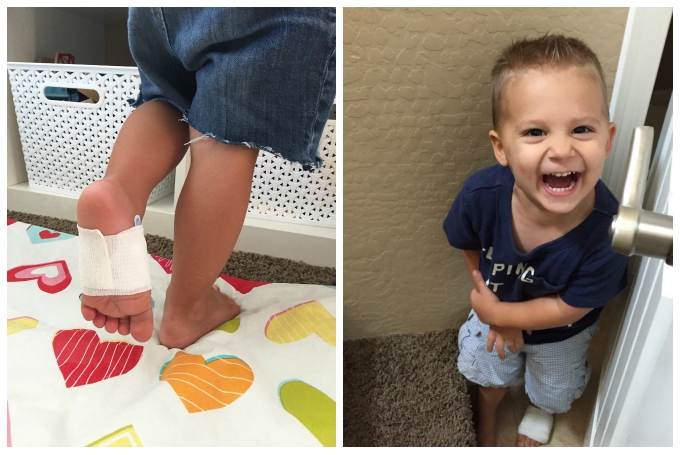 During a raging middle-of-the-night tantrum a little over a week ago, Milo angrily rubbed his feet together as he screamed bloody murder inconsolably (why always inconsolably? I’m happy to help you! Just stop screaming!). In the morning, it was clear that he’d given himself two big blisters. In just the spot that every pair of shoes he owns would rub against. He’s nothing if not determined.

Milo’s more or less always literally on the run, so his feet were too sweaty to keep a bandaid on. Enter: hurt free wrap, aka bandaid tape. Think the stuff they wrap around your arm after you have a blood draw. It works like a dream, protects his foot enough to wear shoes, and keeps a bandaid covering his awful blister.

The blisters haven’t bothered him one bit with the tape on, but you’d better believe he’s milking that injury for all it’s worth. At the grocery store, preschool drop off, or church, any time anyone asks about that foot, he immediately takes his weight off of it and is quick to tell anyone with a sympathetic ear about his “so big owie.” It’s gotten him lots of stickers and attention, so it’s probably going to be a sad day (for him) when his foot is better enough not to need the bandage. 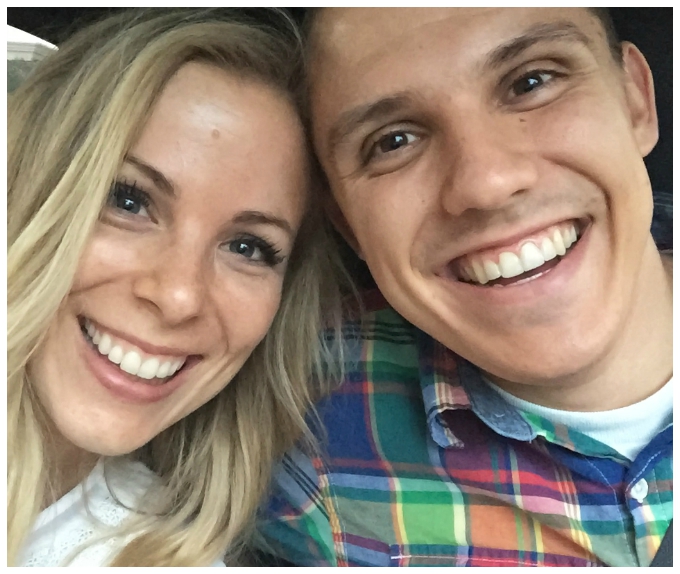 2. The Elephant in the Playroom.

Do you ever read something you can’t stop thinking about? I’ve been reading The Elephant in the Playroom

, which is a collection of essays from special-needs parents. They’re wonderful and awful and heartbreaking and eye opening and soul-nourishing.

Whether you have special needs children or not, I think this is a GREAT read. It’s a pretty realistic glimpse into a variety of lives of special needs families. I think it really opens your eyes to what some families face day in and day out. 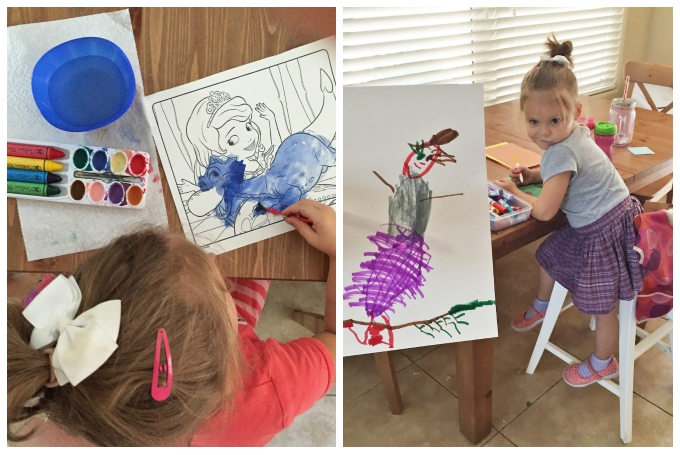 3. Sophie’s art has been super fun this week.

She’s big into surprised faces at the moment, so basically every drawing in the house looks like we’ve been through a great shock. She’s also choosing her colors much more carefully, even going so far as to draw a self-portrait with one green eye and one brown eye (which she has). 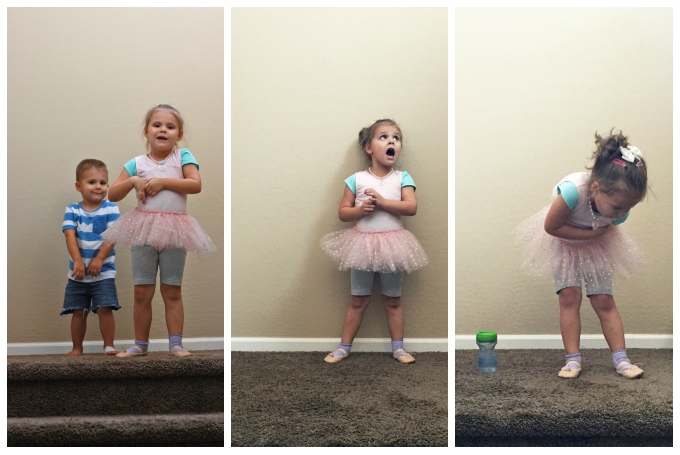 With her dance class back under way, Sophie has been finding every excuse to locate or create a stage. The landing on the stairs is her current favorite. She’ll sing (shout) or dance up there while asking me to take pictures or “bideos” and ends each performance with raucous applause and cries of “brabo, brabo!” Milo occasionally joins in for a minute, but mostly lets her do her thing or uses the stage for paper airplane throwing. You know. The usual.

Milo has settled into the glorious world of Mom’s Full Attention when Sophie’s at school, but she’s actually been struggling to go. She’s got some anxiety (despite being in the same classroom with the same beloved teacher). Mostly, it seems to be related to some of the other children in her classroom (no one is out of control or mean), and her incredible teacher has put together a social story with some ideas for her, but it’s been a struggle nearly every day to get her in the car to go to school. Anyone have some ideas? Suggestions?

Wishing you every good thing.