It’s Five Fact Friday and spring break is over (boo!).
Here are a few bits and bites from the week… 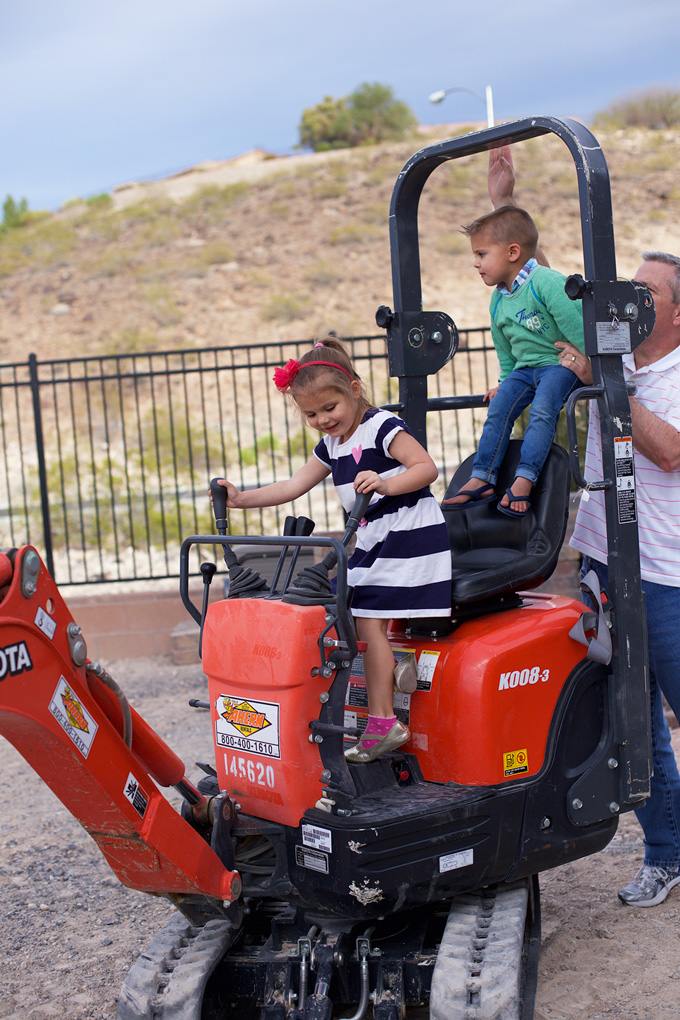 1. Spring Breaking. Spring break mini-trips make me reeeeally happy. We got to visit my parents’ new home in Las Vegas. There was a lot of good playing, talking, and being together. Milo and Sophie were both enamored with the crew working on putting in the backyard. There were a LOT of different vehicles in the neighborhood and both kids were in HEAVEN. 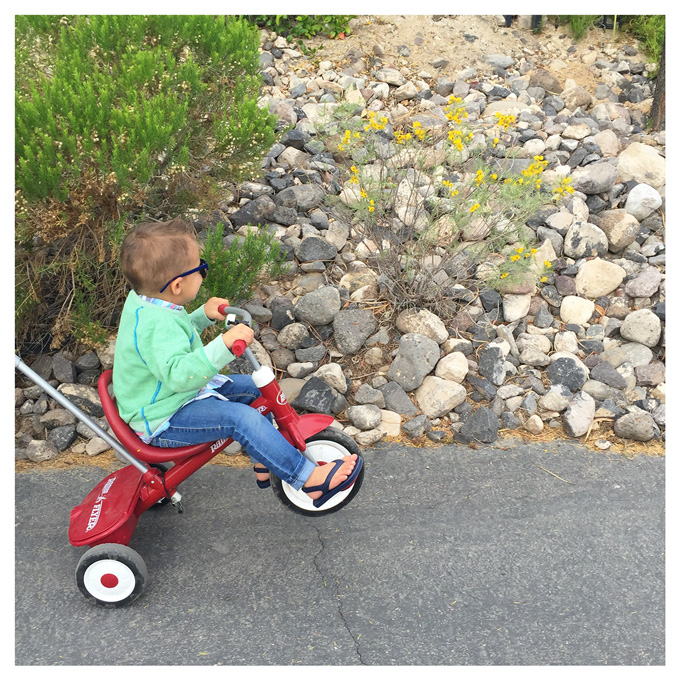 2. Therry Thunny. While we were at my parents’ house, Milo figured out how to say the “th” sound (the voiced “th” sound, as in father, mother, there, and that). Only now, he likes to use that sound for f, v, etc. So “fluffy” is “thluthy.” A few other examples:

Sophie went through a quick phase like this when she learned that sound. Her speech therapist said it’s nothing to worry about in the short-term, but it’s adorable and funny to hear throughout the day while it lasts. (He’s already getting the ‘f’s sorted back out mostly.) 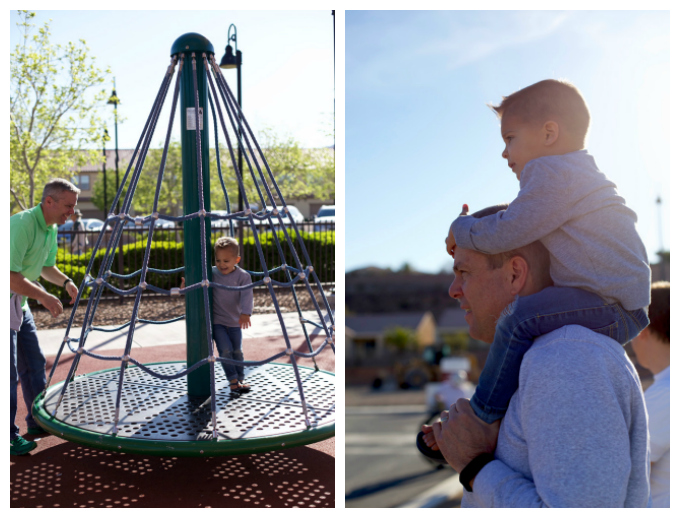 3. I need grandma eyes. It’s a really good thing for me to look at my children through the eyes of their grandparents. Instead of some of the less-fun things that crop up in day-to-day parenting (no one wanting to pick up their toys or eat vegetables or go to bed ever), I see clever, funny, adorable little humans. I need to do a better job of noticing those things on my own. I need grandma eyes! 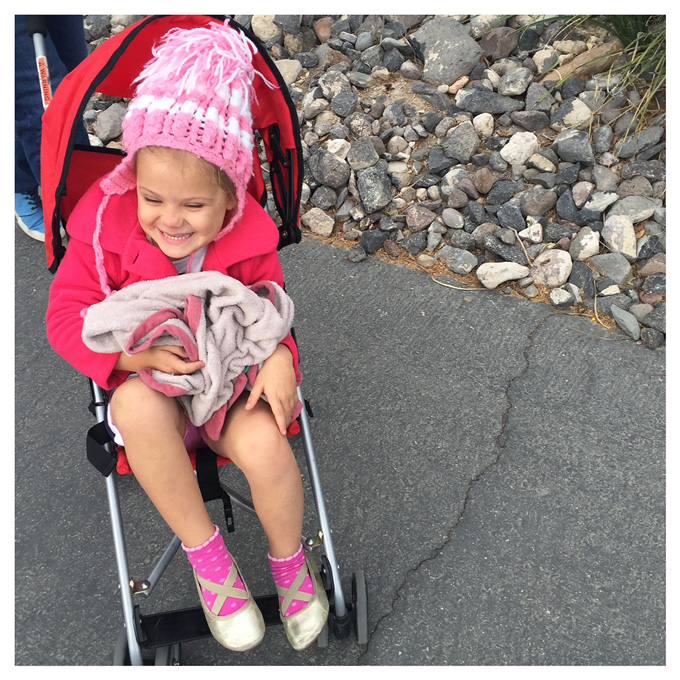 4. A lot of unicorns. Sophie’s stories are getting more intricate. She’s been making books of drawings for a few months now. She’s so detailed, it’s hilarious. Each one is fairly different, but I will say there are a LOT of unicorns. Like, a LOT. #unicornallthethings

It’s all well and good until she says “Mom! Draw a picture of me chasing a unicorn that’s jumping over a tree. I want to give him an apple but he’s running too fast!”

I almost never get the details right. Le sigh.

(p.s. this picture kills me. Desert kids in 60-something degree weather apparently equals hats and coats) 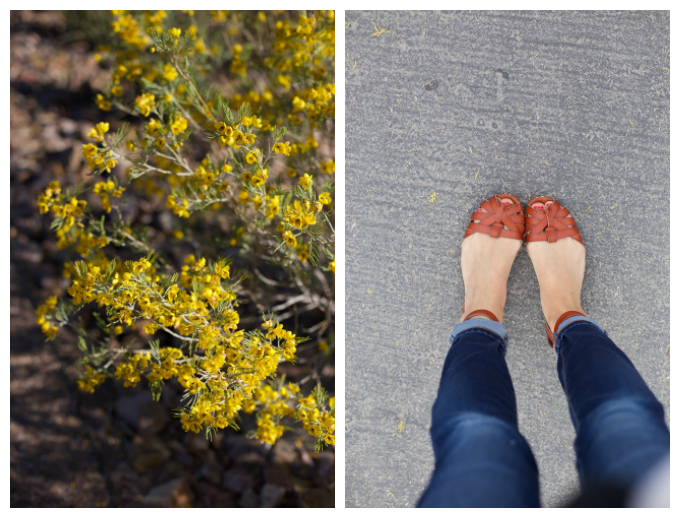 5. Thank you! Lastly, I wanted to say thank you for all your interest in a weekly newsletter! I’m in the process of sorting that all out, and I’ll keep you posted. I’m hoping to launch this week! In the meantime, you can sign up here.

p.s. I was in LOFT earlier this week and noticed that they brought back the peplum shirt I wore in family pictures last year. A lot of you asked me about it last fall, so if you’re in the market, they have it again (plus, they have it in blush and black)