Five Fact Friday – From the Christmas concert, to a visit with Santa, to the magic of the mall (ha!), it’s been a holly jolly, very merry, happy week. 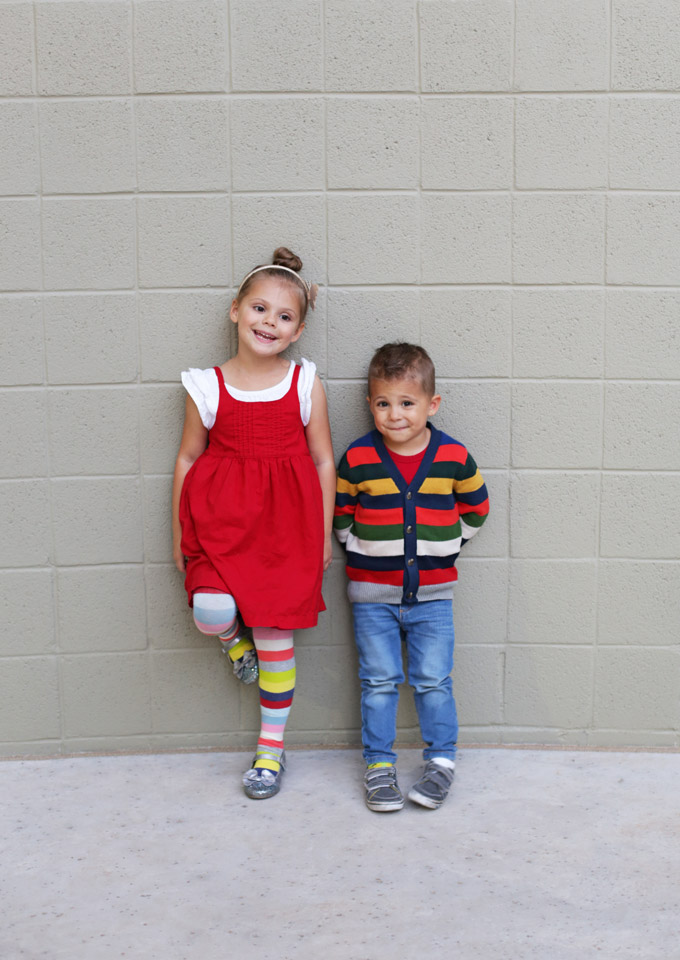 1. More than a Christmas Concert. There is so much that is magical and miraculous about completely mundane, everyday things. Three and a half years ago, I sat across the desk from a kind, loving doctor who told me that she couldn’t say whether or not Sophie would ever speak, interact, eat, sleep, or move in a typical way. On Tuesday night, I watched Sophie stand up with the typical kindergarten and first grade classes in her school for a Christmas concert. She knew every word and hardly sang a single one because she was bouncing with excitement. She made up her own choreography for most of the songs, and beamed as big as her mouth would let her. And Michael and I laughed and cried.

There are families who have worked longer and harder than we have who will never see the results they hope for with their children who face disability or illness. There are families who never get to see their child free from illness, impairment, or injury. And watching Sophie stand up with classmates from a typical kindergarten classroom for a Christmas concert is something I didn’t know if I’d ever get to see. She is a complete and total miracle. 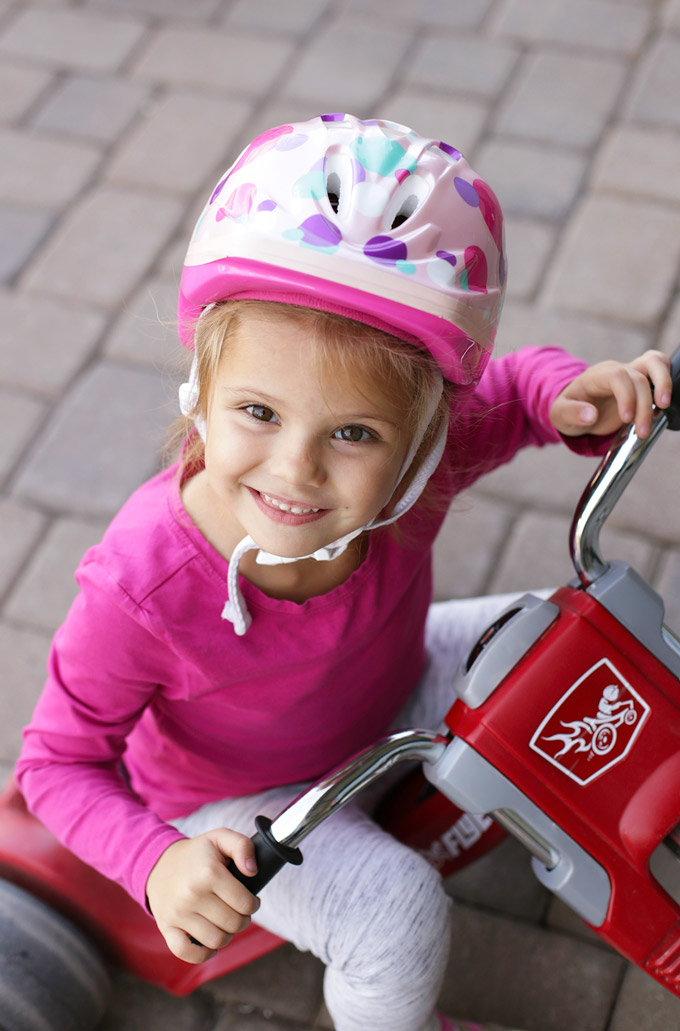 2. The Mall of Many Wonders. Apparently, Milo cannot ever recall having gone to a mall before. I had a return to make this week from an online order and decided it would be better to trek to the mall than return it through the mail. I brought Milo with me, and he thought it was a complete and utter wonder. It helped that this particular mall had fun things like a Barnes and Noble (our favorite), and a LEGO store, and a Disney Store, and escalators. But he couldn’t believe how “fun” it was an asked immediately if we could come back with Daddy and Sophie so they could see the wonder for themselves. Ha! 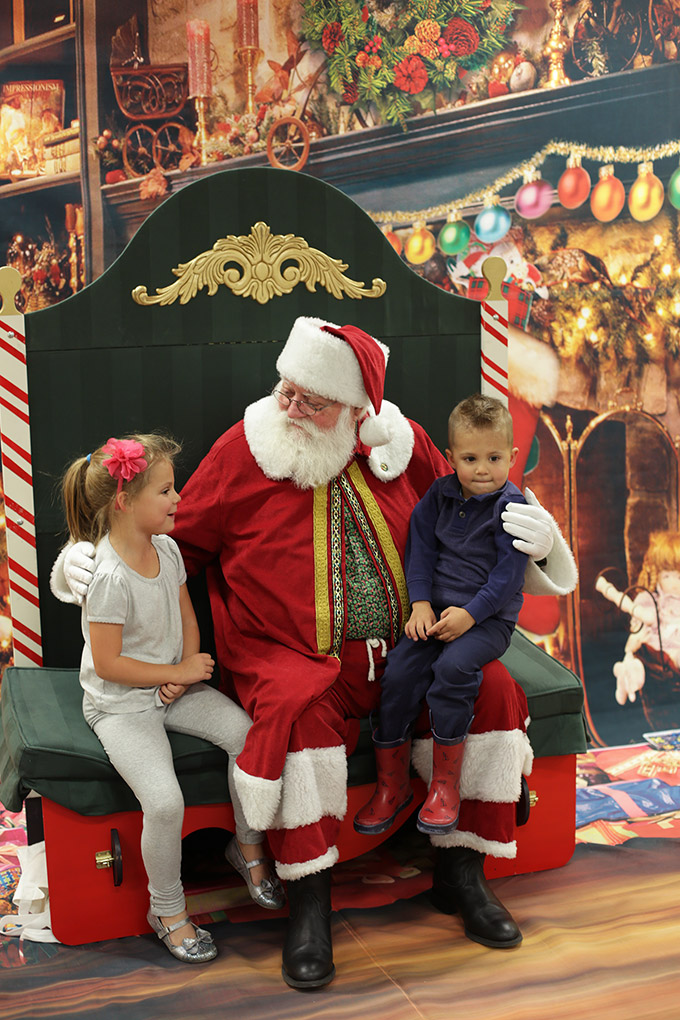 3. The Sweetest Santa. Michael’s annual family party at work includes one of the sweetest, jolliest Santas I’ve ever seen. He was gentle and spoke quietly to each child (which, for us was extra nice). Sophie has been looking forward to this for weeks and helped Milo feel brave enough to go with her this year.

Milo was feeling okay about it until he got to Santa’s lap. Then he just sort of sat there while Sophie chattered on about how the elves had been very good, don’t you think? and please don’t forget my brother Milo who is sitting on your lap right now and also could I have a present please?

I loved it so much. 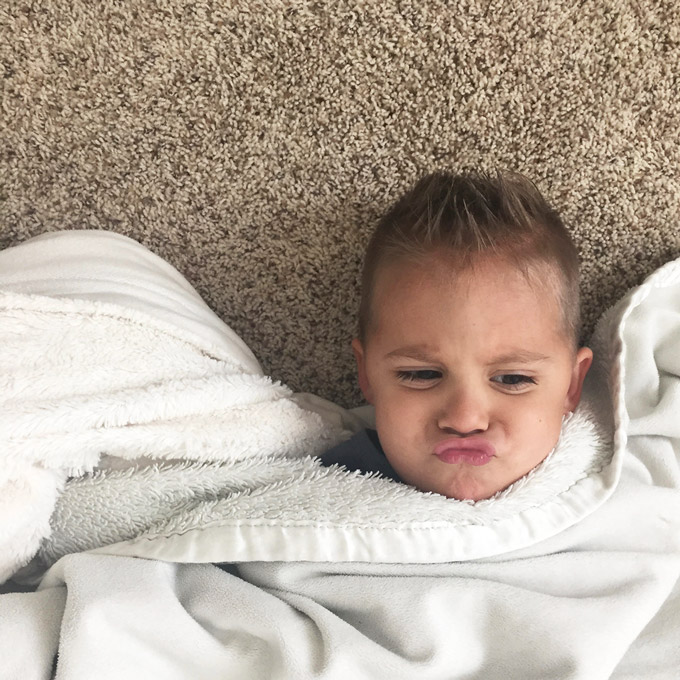 4. Just Call Him Snooki. I was listening to NPR’s Hidden Brain Podcast (one of my very favorite podcasts!), and this week’s episode was about hidden marketing influences in our lives. There was a story involving the cast of Jersey Shore and Milo, who I didn’t think was paying attention, asked “Mom, what’s a Snooki?” I told him it was someone’s nickname, and he said wistfully “*sigh*…I wish Snooki was our last name.” If only, Milo. If only…

5. Pattern Mixing. I had very few visions of what my life would look like as a parent (I imagined better sleep by this point), but I didn’t really think we’d have so many opinions about clothes. Sophie’s always been particular, but she’s recently taken up pattern mixing, so it’s not unusual to see her in something like the above–cherry print dress, cheetah leggings, stripe socks, and glitter shoes with a kitten backpack, giant pink puffer coat, and her omnipresent headband.

Milo is starting to follow suit in his own way, insisting on wearing neon purple gloves to school drop off, a lot of old man cardigans, his rain boots as often as he can get away with, and just this week he started quietly “rebelling” by wearing mismatched socks most days. It’s so funny. And I’m sure we look like a circus more often than not, but I’d rather let clothes go and be a stickler about other things.

PS – I’d LOVE to “see” you at my Facebook LIVE today with Sprouts! Head on over to their Facebook page around 2pm MST to ask questions, watch me make some fun holiday drinks, and hopefully win a little prize!

The weekly newsletter will be going out tonight around 6pm MST, so keep your eyes and inbox open later today!