1. It’s been gorgeous here. High 80s to Low 90s. No real change in colors and no crisp bite to the air, but it feels like heaven compared to the 100s. We’ve spent anywhere from 2-6 hours outside every day. It’s so wonderful. I wish we had more of a backyard for them to enjoy, but for now, it’s enough, and they don’t seem to mind much. 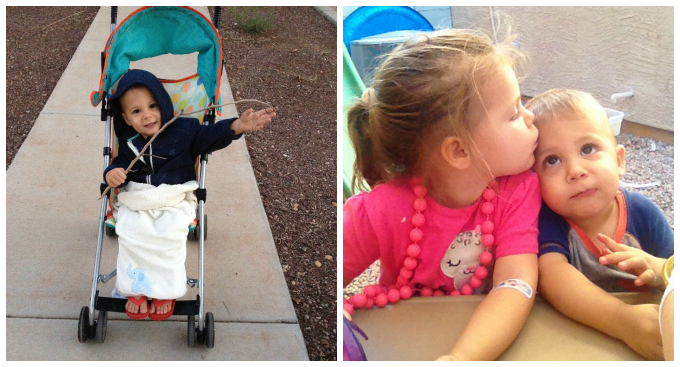 2. I’ve seen something new in Milo the last few weeks. Like any almost-2-year-old, he’s starting to test his limits, which means lots of tantrums and screaming fits. But. He watches Sophie, and when she’s losing it and crying and screaming, he’ll quietly walk over to me or to some toys and try to stay calm and out of the way. It’s like he knows that’s what she needs and what I need. He loves her, and while he’s still mostly a baby, I really think he knows. There’s something special–magical, even–about his relationship with his sister. I hope it’s always that way. 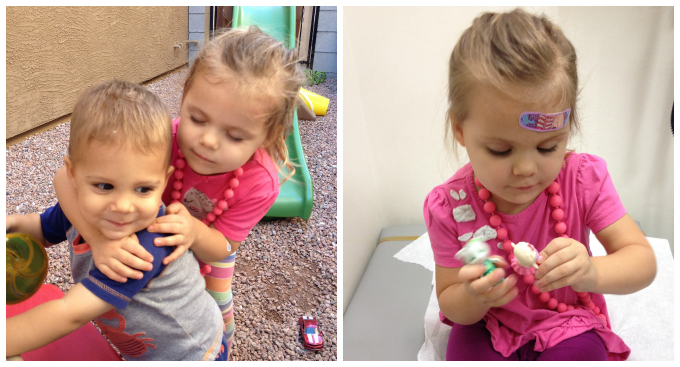 3. Likewise, Sophie is starting to be more aware of other people’s feelings and well-being, whether it’s her toys, or cartoon characters, or Milo. Anytime Milo says “ouch,” she’s quick to say “are you okay, buddy?” She also knows just where Milo’s box of band-aids is kept, and will happily administer one when needed. Psychologically or physically. He loves it. 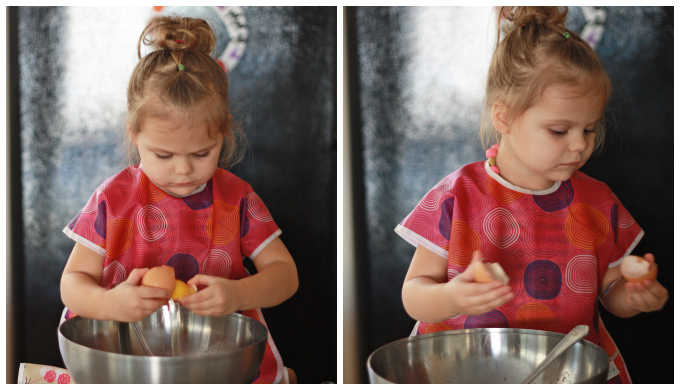 4. It’s hatching! Sophie loves helping in the kitchen, and every time she’s cracked an egg lately, she’s exclaimed “Look! It’s hatching!” I don’t have the heart to explain it to her just yet, so…hatching it is.

5. Peeeeeeeza! I decided on a whim this week to make (gluten free, cheese free) pizza. We hadn’t had it for a few months, but I’ve been perfecting my crust recipe and wanted to give it another go. When I mentioned it to Michael, both kids immediately started screaming and cheering PEEEEEZZZAAAAA!!!! Milo burst into happy/desperate tears (akin to those seen at One Direction concerts), and Sophie immediately scooted her chair over to the counter to help. An hour later, and Sophie had helped me put together the crust and our favorite sauce, topped with pepperoni and pineapple (our favorite). both kids cheered at the table and we ended up polishing the entire thing off. I’m thinking with this sort of reaction, we’ll have to make it a more regular occurrence. I’m such a dreamer when it comes to things like family traditions, but I love the idea that we could be a family who cooks together.