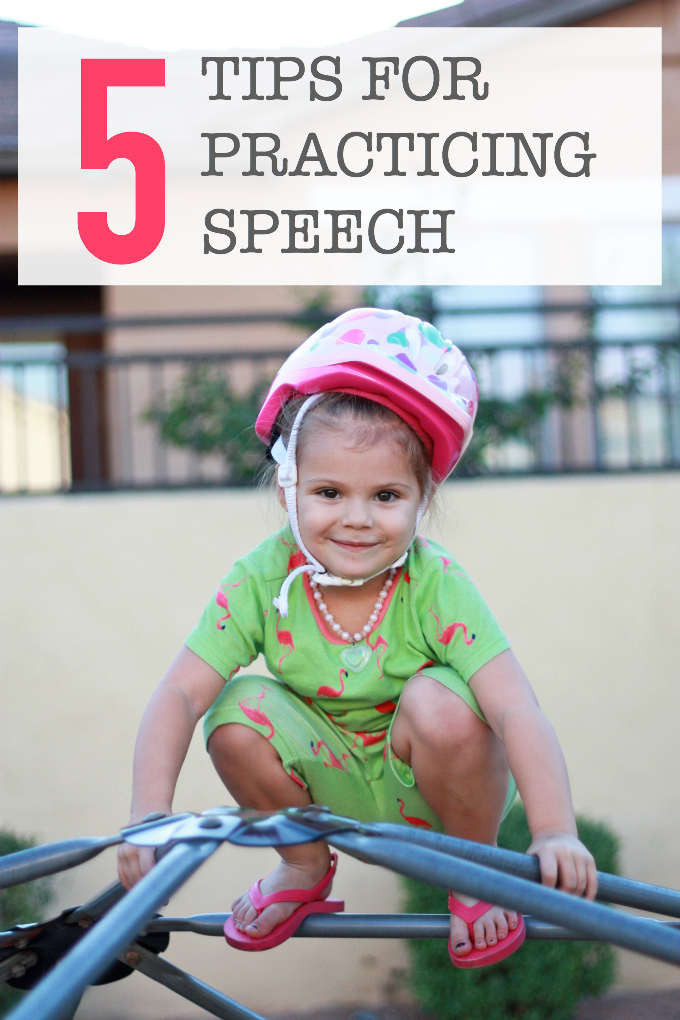 When we started speech therapy at 2 with Sophie, she wasn’t speaking. We could get maybe one approximation of one word once a week or once every other week. She didn’t really start speaking till 2 years 10 months and even then it was single words for a LONG time (She and Milo actually spoke my name for the first time within 3 months of each other). She’s 4.5 now and using lots of long phrases, asking questions, filling in information, recalling old information, and uses lots of expression when she speaks.

She’s always been incredibly smart, but couldn’t make her voice and brain connect. She’s got a phenomenal memory (she can remember a line from a show she watched once 2 years ago, or what outfit you wore last time she visited your house) and learns quickly. When she’s got a concept, she’s GOT it, though we’ve learned that she won’t “get” something until she’s ready. Try to encourage, direct, or cajole her into doing something before she’s ready and heaven help you. Starting therapy really helped give us some new ideas and techniques that helped us reach her when she wasn’t sure she wanted to be reached. We’ve been blessed with some truly spectacular therapists who have made speech fun and inviting. 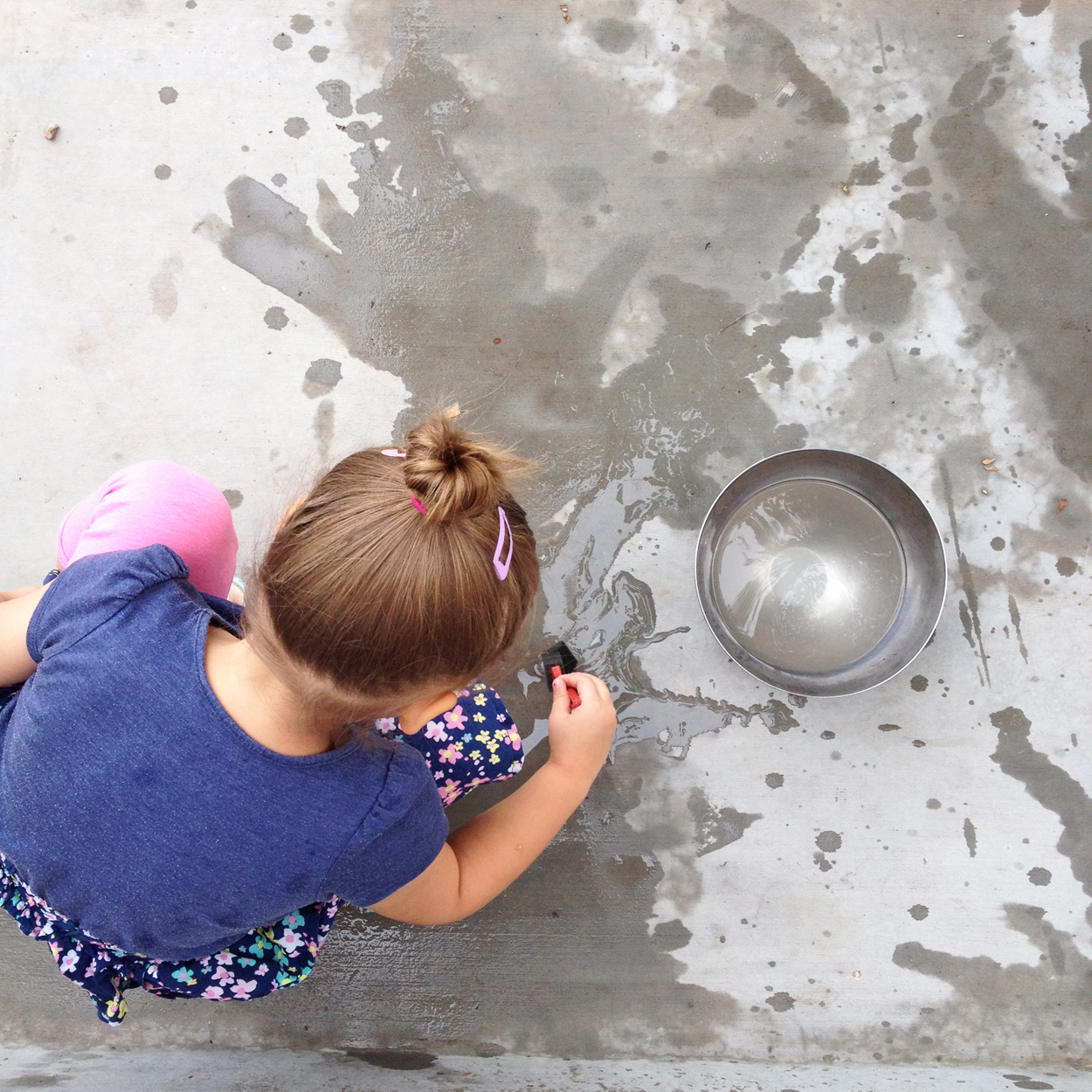 Occasionally someone will ask me what we do at speech therapy, and when I explain, they’ll say something like “Well, isn’t that just playing?” or “isn’t that something you could be doing by yourself at home?”

First off – please don’t say things like this to someone. It’s not helpful. It’s also demeaning and trivializes something that many families are putting forth a lot of time, effort, and money to pursue in order to help a struggling child with a real and present delay or disorder. They aren’t pawning parenting off to someone else. Families with children in therapy are fighting a sometimes never-ending fight that’s exhausting and repetitive and slow and hard.

There is a reason that there are highly trained, specially certified therapists in the world. They are there to teach and guide you. To show you new techniques, help you overcome roadblocks, and encourage you as you take this information and these strategies home to practice.

Secondly, yes, you’re partly right. In our experience, speech, occupational therapy, and applied behavioral analysis (ABA or behavioral therapy) have all been play based. You’d never sit a 2 year old at a table and drill them for hours on end! Play is the work of childhood, and the best way to engage your child’s interest and participation is to make it fun and build it into their natural environment (which is play!).

As our therapists have said, therapy is most successful when it’s part of an ongoing strategy. Therapy can make a bigger impact because we don’t just plop Sophie in front of some specialist for 45 minutes once a week while I zone out and read a magazine. It’s an active learning and engagement process. We’re going to therapy to support the constant work that’s going on at home. 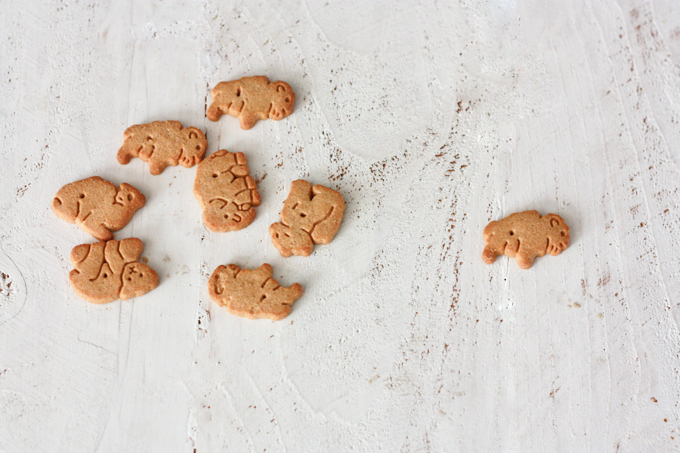 Not being able to communicate is SUPER frustrating for all parties. In lots of cases, children who can’t communicate or be understood express that frustration in crying, screaming, tantrums, grunting or wailing, or even more intense reactions like dumping over their plate of food, throwing a toy, lashing out, etc. We had lots of hours-long tantrums, anywhere from 2-10 hours at a time. And I mean that. 10 solid hours of screaming, crying, raging, sobbing, etc.

Because of that, it’s easy as the parent to want to kind of make up for it. Maybe that means when a stranger greets your child at the grocery store and your child looks blankly at them you immediately fill it in with “hi, friend!” or someone asks your child a question and after a quick beat of silence you chime in with the answer conversationally.

Or, at home, you know what your child wants and you understand the body language, so you kind of get into a rhythm of just filling up the milk cup or getting a few more crackers at snack time because you know what they want and you don’t want to ignite an hour long (or longer) frustration rage-fest.

Also, you’ve probably been prompting them (with sign language, words, etc.) to say words for a LONG time without any luck. So it gets hard to keep that up.

All of this to say, waiting is hard. Sometimes awkward. Sometimes painful. Sometimes frustrating. Sometimes results in some SERIOUS tantrums or meltdowns. One thing that really helped Sophie was when I stuck to my guns about waiting for any attempt to speak before giving her what she wanted.

And a lot of times, that meant she was whining or yelling or waving her hand at me trying to get what she wanted. Or throwing her plate across the room. Or accidentally knocking over her cup when she was waving her arms. And I had to stay calm and prompt “you want more apples? Can you say ‘apple’?” or “I’d love to help you. Can you say ‘more’?” and wait for her to give any attempt. 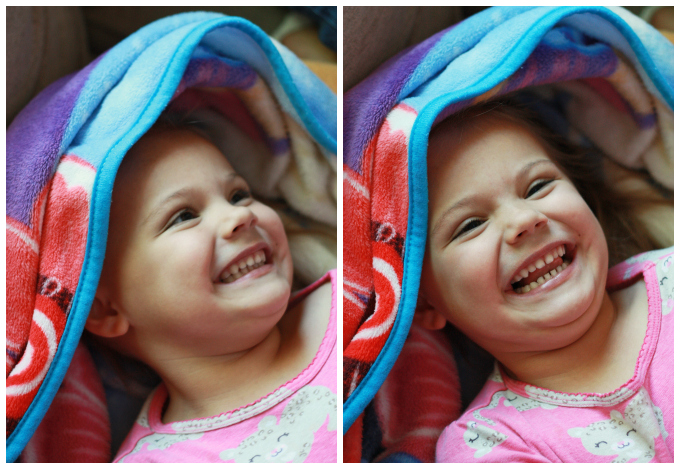 In the above scenario, if I was waiting for her to say “apple” or “more,” I’d reward ANY attempt at speech (even if that was “bvrth”) by immediately putting on a happy face and saying “Yes! Here’s some more apple! Great try!” Setting Sophie up for success and providing her with as much positive reinforcement as possible (whether that was the item she was requesting, or tickles or hugs or verbal praise, etc.) was really encouraging to her. 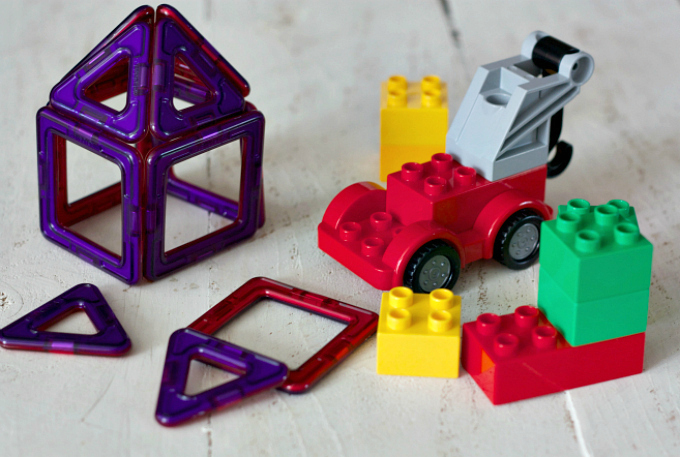 Repeat, repeat, repeat. If you’re at snack time and your child is eating pretzels, start by putting a few on their plate and keeping the rest in a separate bowl. They’ll eat a few, you’ll prompt them to say “more” (or “please” or “pretzel” or whatever word/phrase you’re working on) and then give them more pretzels a bit at a time till they’re done.

Do this with bubbles, or tv shows, or blocks. Do a little bit and then pause. Wait for a request, then keep going. Try with whatever is most motivating for your child. Keep the toy cars (or crayons or stickers) in a box with a lid and give them out 1-2 at a time. Play a tickle or chasing game and throw in a lot of pauses. Do it with snacks, or puzzle pieces, or pushes on the swing set. Be sure to throw in lots of cheering and immediately reward those attempts.

This can be really frustrating (Hey! You’re interrupting me!) but it get’s easier with time and practice. Sophie used to get MAJORLY upset by this, but she’s SO much better with interruptions now, and often even thinks they’re silly and funny. 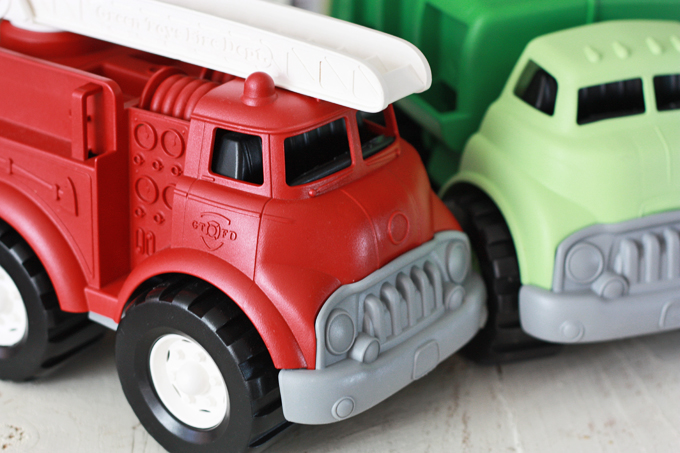 Similarly, you can let your child correct you. If they want a red crayon, “accidentally” give them the blue one. When they fuss or say “red!” or “I want red!” act like you made a silly mistake and give the correct one. Put a train car on top of your head instead of driving it on the train track. Pretend like you’re going to put socks on their hands instead of their feet. Pretend like you’re going to brush your teeth with the hair comb.

Any opportunity for them to communicate is great practice. This, like interruption, can be frustrating at first depending on the situation. We’ve found that when we’re silly about it, it makes it much more of a game and keeps things light. It also gives great practice communicating when things aren’t going according to plan. 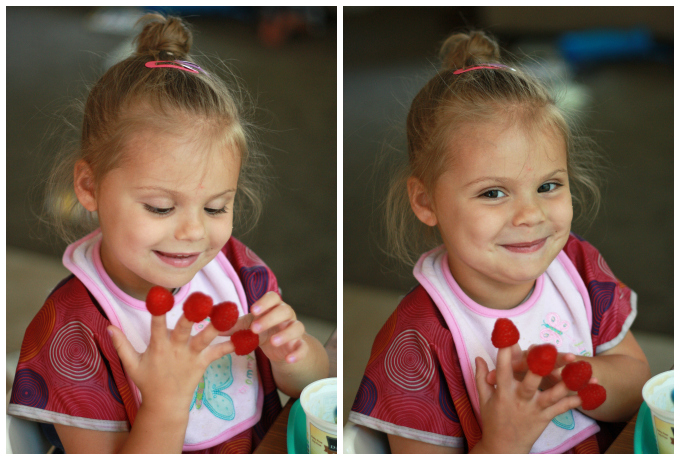 5. Ask Questions till You’re Blue in the Face.

Do this as naturally as possible. Practicing should feel as much like play as possible. Build it into whatever you’re doing–getting dressed, playing with toys, riding bikes, playing at the park, eating, watching a show, reading a book.

This sounds super simplistic, but if you have a child who doesn’t speak or who ignores you, it’s something you have to make a conscious effort to do. Don’t forget to wait for answers or any attempt. If after waiting and a prompt, a you don’t get an answer, it is ok to fill it in and try another question.

Again, I’m not a therapist, but these are some techniques that have really worked for our family. Milo essentially grew up in speech therapy (since he and I are always at the appointments with Sophie), and he’s been an early and very adept talker. I think that each child and each family will know what works for them, and these ideas might not be right for you. They’re just somewhere to start if you’re looking for ideas.

Back again soon with more!