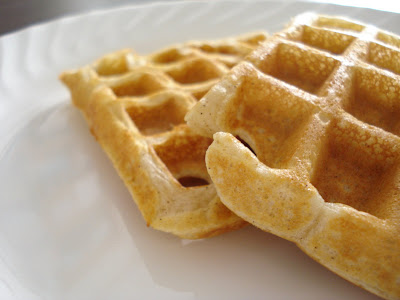 These are THE absolute very best most favorite waffles I’ve ever eaten. Growing up, my family typically only ate waffles one day a year: Christmas. I can’t tell you just HOW much I looked forward to Christmas breakfast. Primarily…for the waffles. We’d eat them with regular maple syrup, or with strawberries and vanilla ice cream. It was Christmas, after all.

Now I like to make them fairly often, since Michael’s a waffle fan. I usually cut the recipe in half when it’s just us, but sometimes I’ll make the entire batch and freeze half so that we can pull them out any morning and pop them in the toaster for a fast yummy breakfast.

The magic trick here is to whip the egg whites into stiff peaks separate from the rest of the batter, then fold in the egg whites gently to incorporate lots of air into the batter. The result: delicious, light waffles with a slightly crispy exterior. Perfect.

If you’ve never done “stiff peaks,” this is how you know you’ve gotten there: 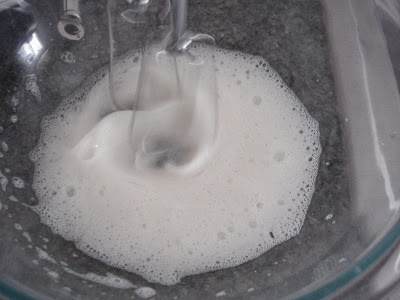 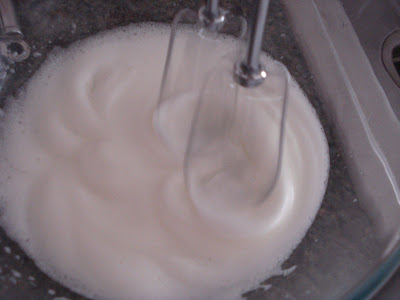 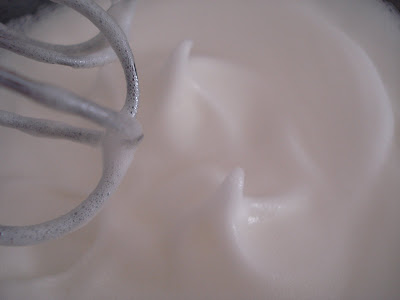 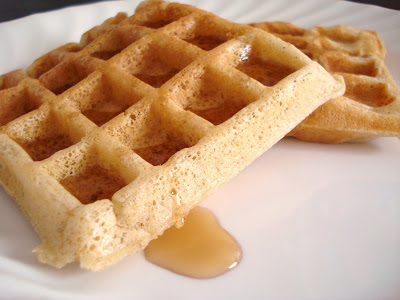 Now, here’s what I do just a bit differently…

When I’m serving the waffles with homemade buttermilk syrup (an amazingly heavenly caramel-y syrup that basically tastes like heaven on earth), I add 1/2 tsp cinnamon to my batter. The flavor combination is absolutely out of this world amazing.

Another option is to use half white and half wheat flour.