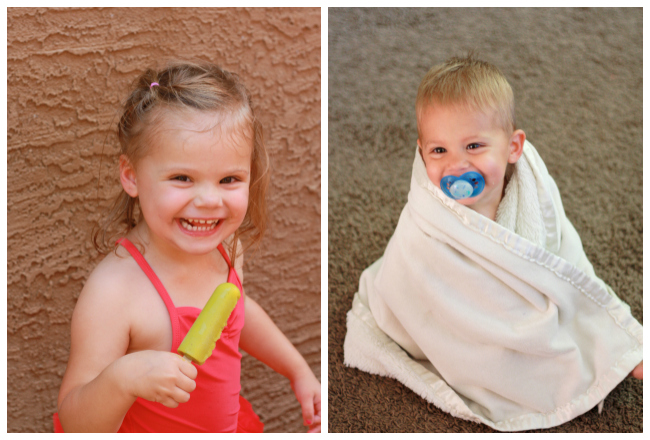 1. Friends, even if you never publish it, I recommend that you write your own five fact friday “posts.” There is something about taking a few minutes each week to try reeeeally hard to think of the good and new things happening during the week. This week, I needed that time! 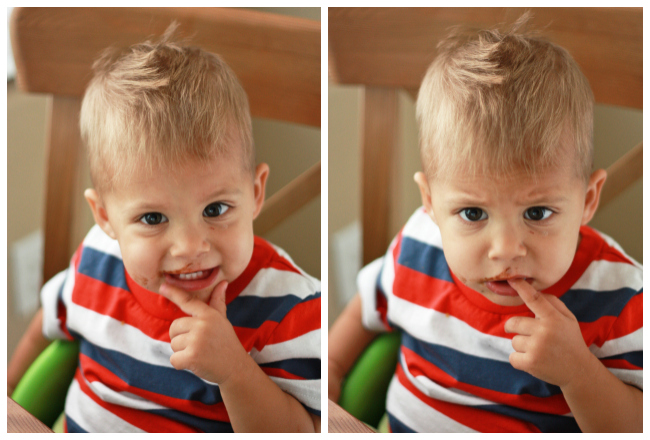 2. Milo has developed “The Crusty” –a little death-scowl that makes you wonder what you’ve done wrong. He pulls The Crusty a few times every day. He’s tripping and you catch him? He’ll whip around and give you The Crusty as if to say “Hey! Why’d you knock me over?! I wasn’t tripping!” Not correctly guessing what “bgudhgf” means on the first try? Expect The Crusty. It’s really funny. Except when it isn’t. 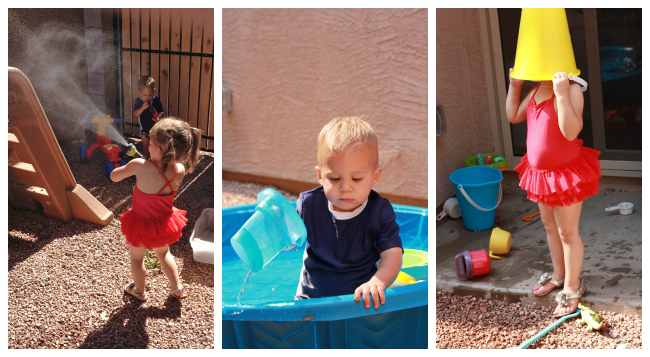 3. Thank heaven for the person who invented 1) the hard plastic baby pool, 2) the hose, and 3) smoothie popsicles. All three of these things have been in high rotation this week. We’ve been up to 107 degrees some days. Which means mid-to-high 90s by 9am. I love the baby pool. So do Milo and Sophie. 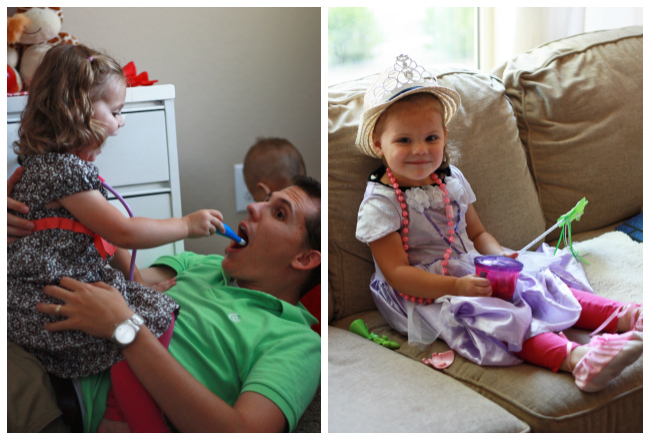 4. Dress up and pretend are alive and well. The pretend play is a really big deal (children with autism often struggle with pretend or imaginative/open-ended play). It wasn’t happening even six months ago. Everything she played was scripted or rote. Now, she’s able to take some of her “practiced” play elements and change them up a bit. She makes a very good little doctor and carpenter and chef. Sophie has worn that purple dress outfit daily. Purple gown, chunky pink necklace, pink slippers, fedora and tiara, and a little fairy wand. She waves that wand around and says “I magic!” over and over. And I just think “Yes you are.” 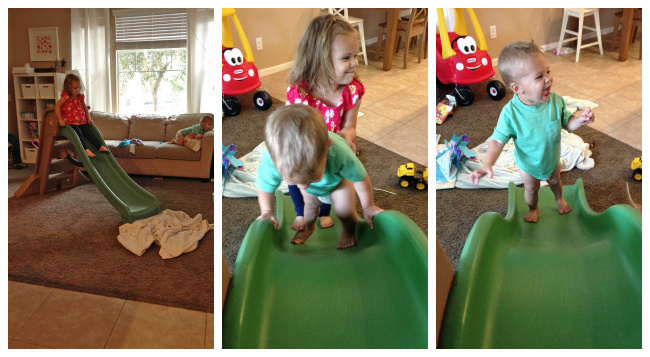 5. This week’s boredom buster (used on a day I’d been up sick in the night) was bringing our little Step2 brand folding slide

inside. We built a little fluffy nest of blankets and pillows at the bottom and Milo and Sophie went up and down over and over and over. Sophie even wanted Milo to go down on her lap! I could not for the life of me get a picture since Milo was being squirmy and Sophie was only holding him correctly about half of the time. So… safety first.

What were you up to this week? Anyone have any great (tried and true!) boredom buster ideas to share? Happy Weekend, dear reader. Wishing you every good thing!

« Summer Reading Ideas for You and Your Toddler
Oatmeal Cookie Granola »