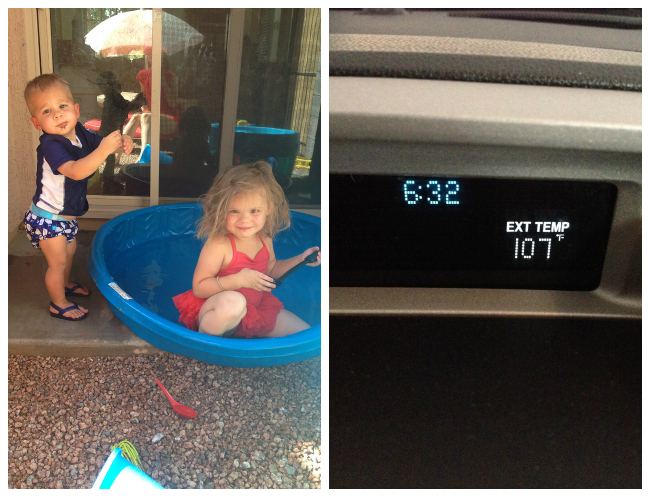 1. We’re really digging this summer thing. Our days are filled with one or two therapy sessions, errands, cooking or baking, and spending the afternoon outside playing in the water, eating lots of homemade popsicles, and watching favorite movies or shows. It’s the best. Other than the indecent heat.

(p.s. Things I love about this picture: 1) Milo refused to let me put him in his swim shorts, so he’s just in his swim diaper. 2) With a mud beard. 3) Sophie’s wild hair.) 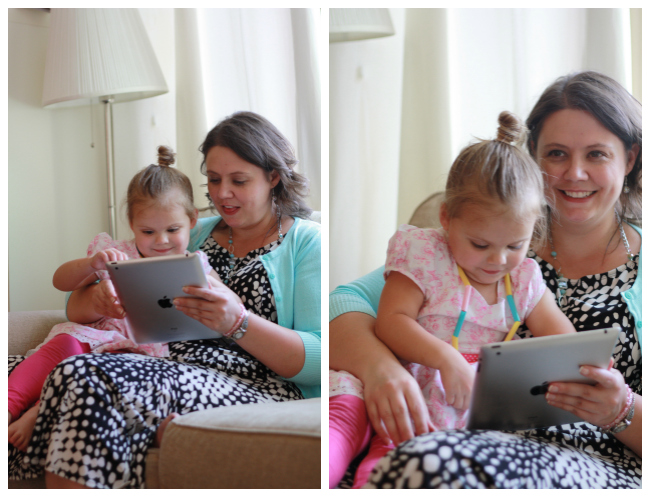 2. I’m so grateful for family. Much of my emotional support is through texts, phone calls, and video chats since nearly all our family lives far away. It’s been heaven to get to see Aunt Stacy more this summer. Her teaching schedule has allowed for a little more flexibility and we’ve gotten to see and love her more than usual. We love it! 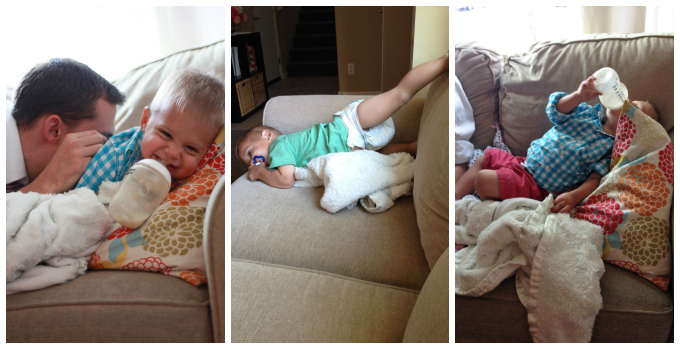 3. Milo has taken his lounging to a whole new level. He has always been a lover of fluffy things. He’s also always been exceptionally busy and on the go. Which is why it’s been so funny that he’ll be running across the room, see his blanket (simply called “fluffy”) on the floor and just drop onto it. He’ll give his fluffy a love, then rush on to the next thing. He’s been taking milk drinking to a new level of relaxation, and giving kisses more readily. I needed that this week. 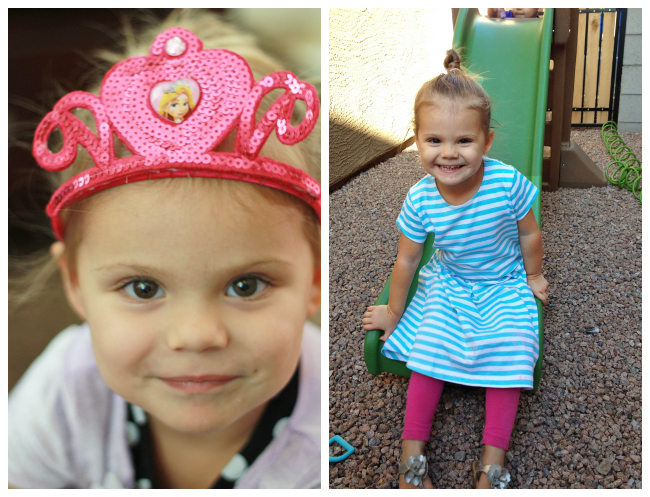 4. You’d never guess it by these pictures, but here’s a short list of things that have caused tantrums and meltdowns at our house this week: giving someone the banana they asked for, changing my clothes, brushing my teeth, showering, buckling carseat straps, using the dryer door, and incorrectly guessing what “grok” “pao” and “bwif” meant. Better luck next week!

5. Movie Palooza is coming up and I need your help! When Michael and I watch something at night while we work, we typically prefer to watch tv series, since episodes of tv aren’t as long as movies. But it’s been a while since we’ve watched a real-deal movie. So, we’ve declared a month-long kibosh on tv shows in favor of movies. We’re also so out of touch, we haven’t really seen anything in months and months and months. So I need suggestions! What movies do we need to see? What’s the best one you’ve seen lately?

Pssst! Don’t forget to check out my guest post this week on Bless This Mess. I shared one of my favorite meals that won’t heat up your kitchen!