We spent Christmas with Michael’s family in snowy Colorado this year. It was LOVELY! Great food, fabulous company, and so much fun! 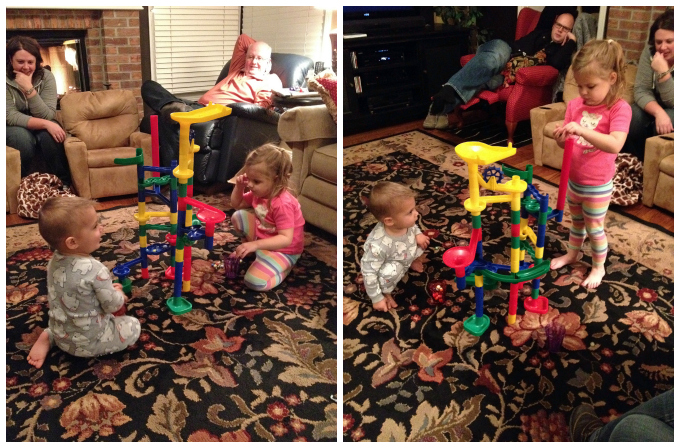 1. Old toys made new. Michael’s mom has lots of his old toys from growing up. She pulled out a few things like a marble run. The kids were OBSESSED. I think we might have to look for one for next year’s Christmas or Sophie’s birthday. It was a HIT (and Michael and his brother are ahhhmazing at building marble mazes). 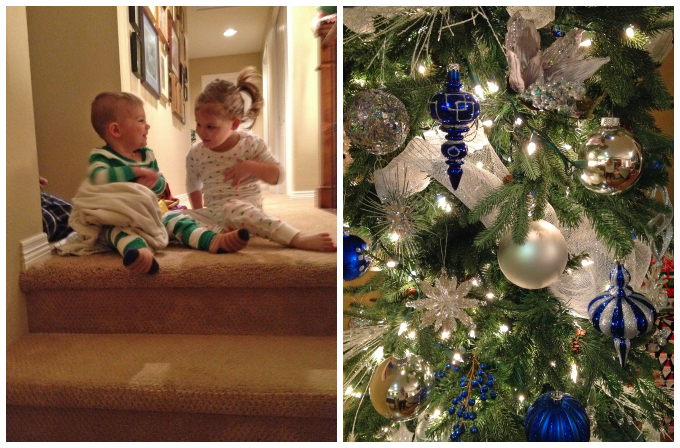 2. Christmas morning was magic. When I told Sophie it was Christmas and there were presents downstairs, she was simply delighted. She rushed over to Milo and said “Iss Mewwy Cwissmas, Miwo!” He smiled at the attention and replied “Yeah, Sophie.” As far as Milo was concerned, we could have stopped at the stocking. There were a few cars and trucks out unwrapped, and he happily played with them for ages. Sophie ended up opening almost every gift there (everyone was tirelessly patient with her helping). 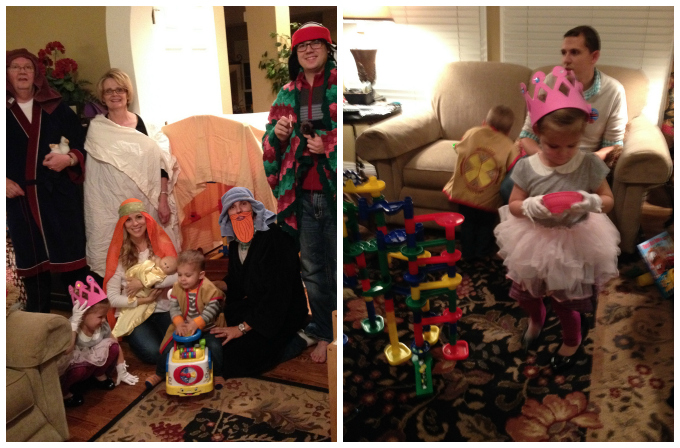 3. We did the quickest little nativity play Christmas Eve. Sophie was delighted to dress as a  “princess ballerina kitty” and Milo donned a little scout outfit to be a wise man. He wore his costume forever! And, when the play was done, Sophie noticed we were all in costume and requested that we “trunky treat!” So we did! Around the room with Christmas candy. 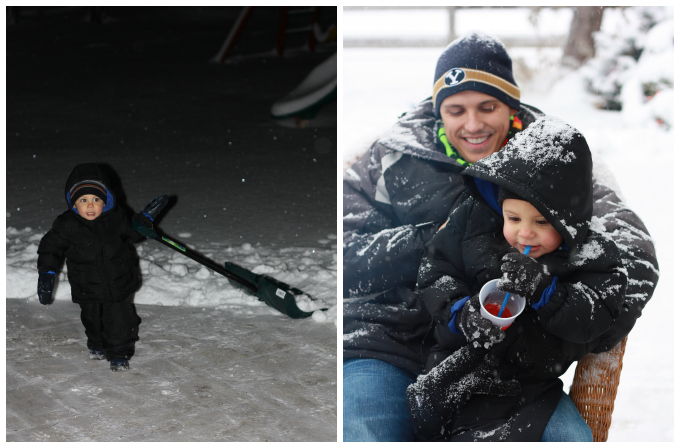 4. The snow was such fun! Milo requested to go out first thing every morning, and they went out a few times every day we were there. Please note: The pictures of them barely bundled up are when we first arrived. It was in the 40s. Every other time we went out in the snow, everyone had on snow pants, snow boots, mittens, etc. Promise 🙂 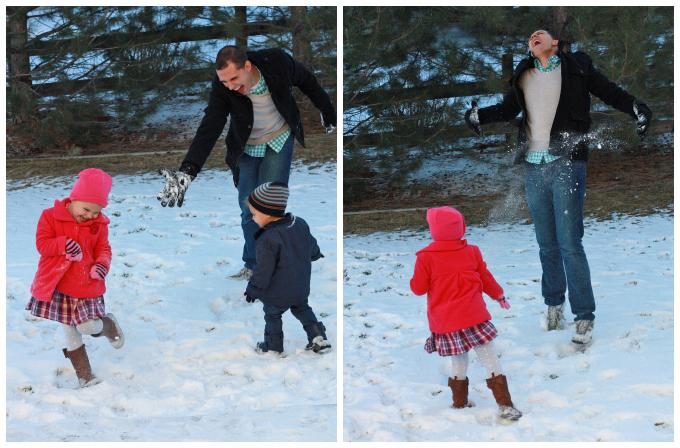 5. Yes Pwease. Anytime she was out, Sophie would try to ask to for a snowball fight. You could say “do you want me to throw this snowball at you?” And she, smiling, would reply simply, “yes, pwease.” 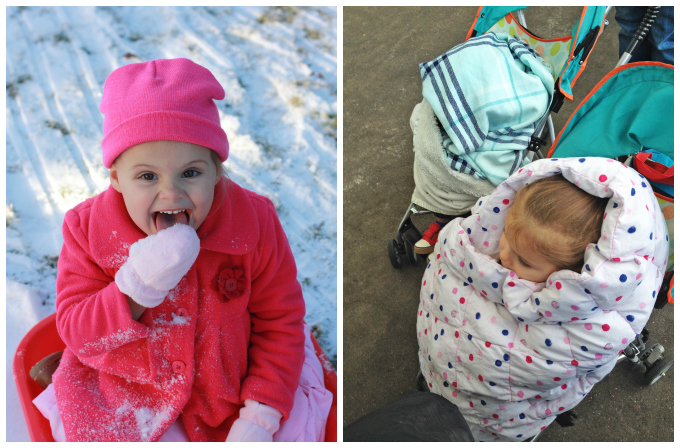 I’m always amazed at how little temperature seems to bother Sophie and Milo. They’d pass out from heat exhaustion before coming inside in the summer, and it was clear to me they’d die of frostbite before coming in from the cold if I’d let them. When we flew home, it was 7 degrees outside, and no one even complained! We, of course, bundled them up with everything we had, but they were happy as could be.

It really was such a fun trip to visit Michael’s family. We even got to sneak away to a movie (Into the Woods) and celebrate our 7th (!!!) anniversary. I hope you had a Merry Christmas and a happy New Years Day. We’re busy working on a new List of goals and adventures. I hope to share it soon!