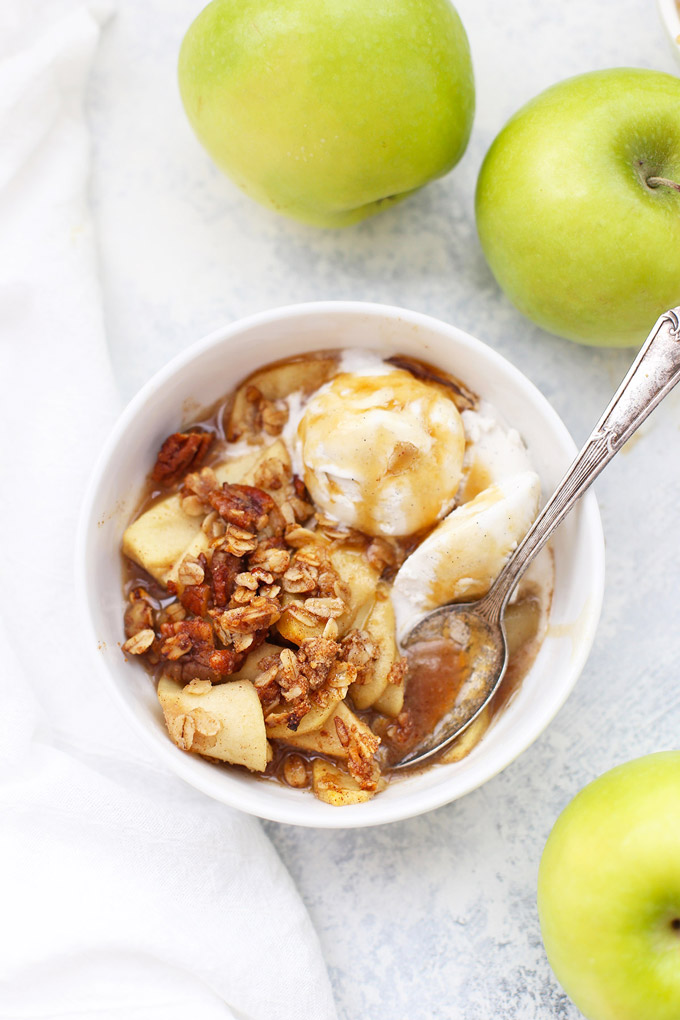 Don’t get me wrong, I’m totally riding the pumpkin train, but September and the fall always gets me excited about apple everything, too. Every year, we wait expectantly for cloudy gallons of apple cider to appear in stores and scoop up as much as we can. It’s alway so sad when the last cider of the season is finished!

This Cider Caramel Apple Crisp a everything good about apple season. It’s made from in-season apples and sweetened with a cider caramel sauce that makes this crisp absolutely mouthwatering. I’ve brought it to book clubs (where we’ve finished off double batches in the blink of an eye), served it for Thanksgiving, and made it on rainy fall afternoons when the house called for a little cozying up. It’s a perfect fall dessert. 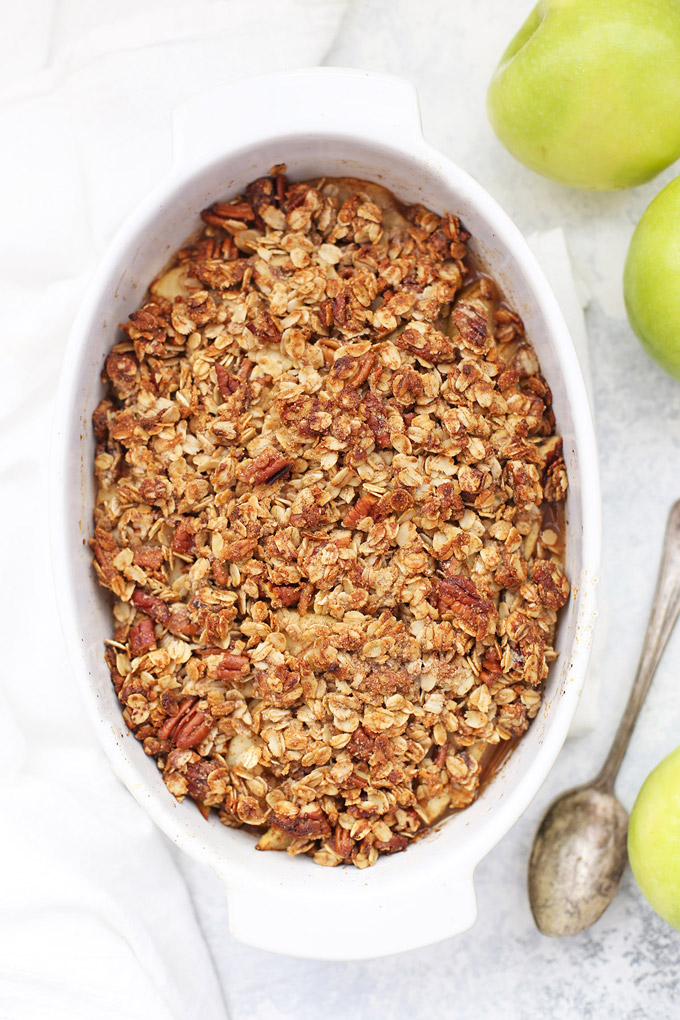 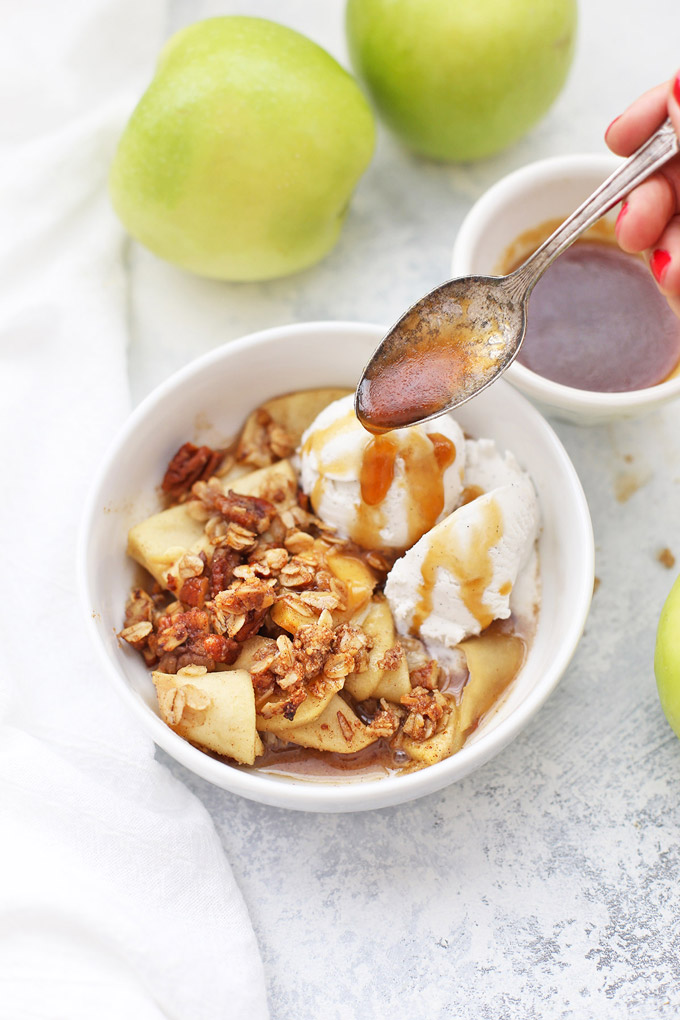 The real star here is totally the cider caramel. Made from a reduction of apple cider (or apple juice if you can’t find cider), it lends concentrated apple flavor and just the right amount of sweetness. I’m always amazed as I bite into it that there isn’t more sugar involved.

Drizzled over thinly sliced apples and the perfect blend of warm spices, it makes the house smell almost as amazing as it tastes. It’s just lovely on its own. Topped with a little vanilla ice cream (NadaMoo vanilla is my favorite dairy free ice cream), it goes to the next level. 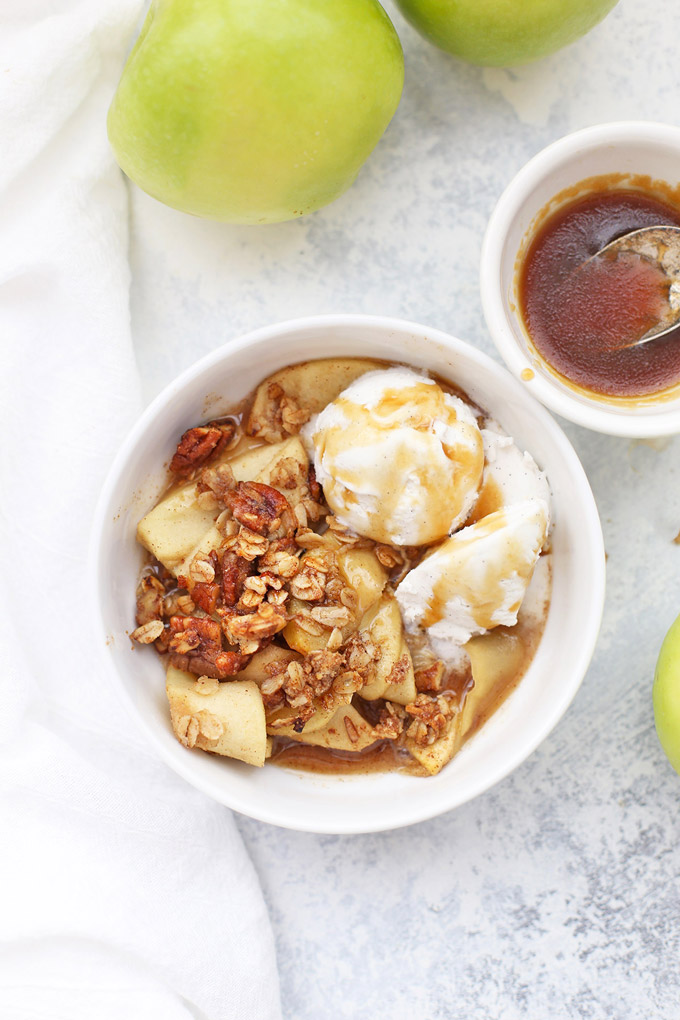 NOTES ON THE RECIPE:

Can’t find apple cider? You can totally use apple juice. I’ve tried it both ways. I do prefer cider, but apple juice works just great.

Need a grain-free topping? If you’re following a paleo or grain free diet, this is a great grain free crisp topping. The rest of the crisp is 100% gluten and dairy free, so you’d just need to swap out the topping.

Make ahead tip. This cider caramel sauce will keep for about a week, so you can totally make it ahead of time. The leftovers (if there are any!) are unbelievable on everything from ice cream to you morning oatmeal. 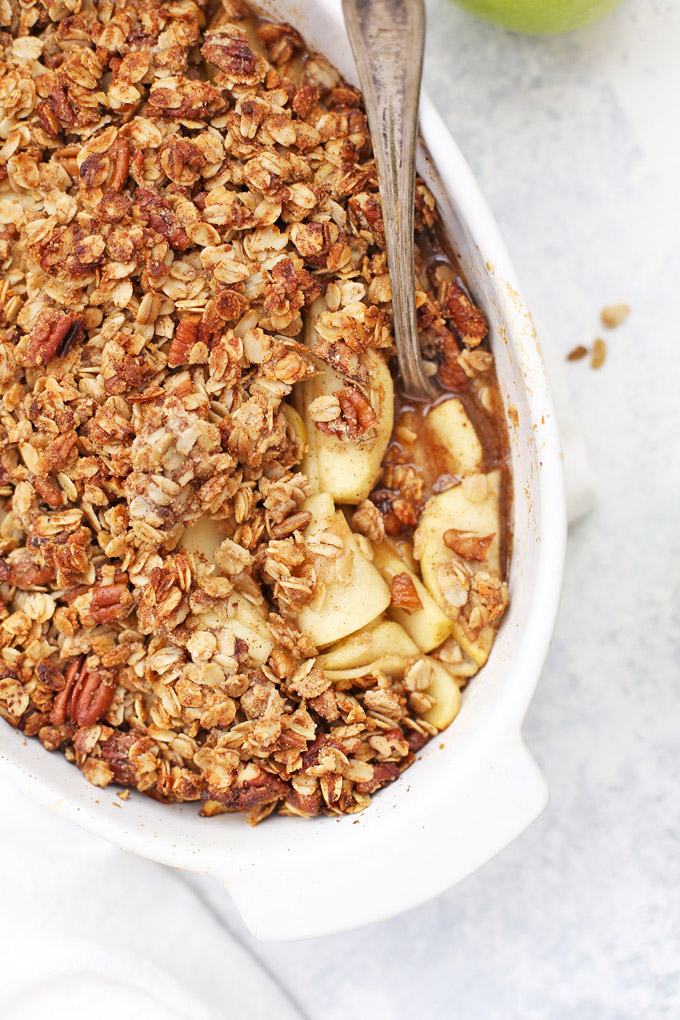 This caramel recipe was inspired by Hannah of Honey and Jam. She posted a great recipe at Cup of Jo a few years ago, and I haven’t been able to get it out of my mind since. Thank you, Hannah!

For the cider caramel: 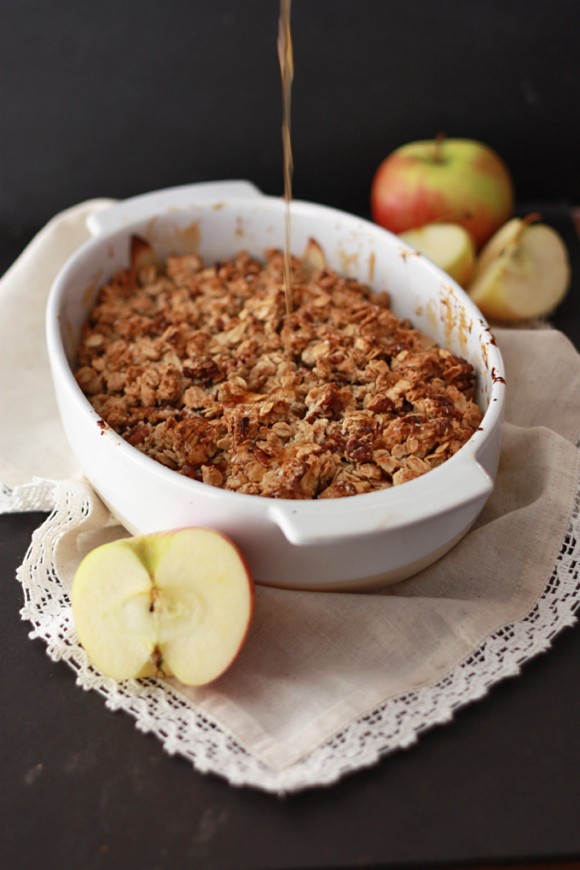 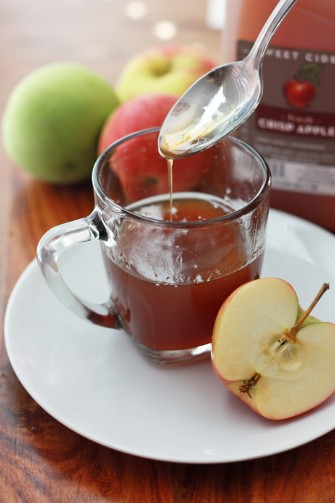 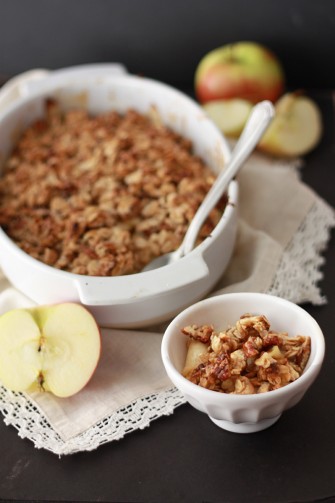 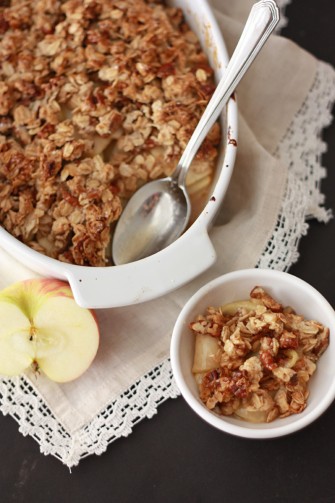 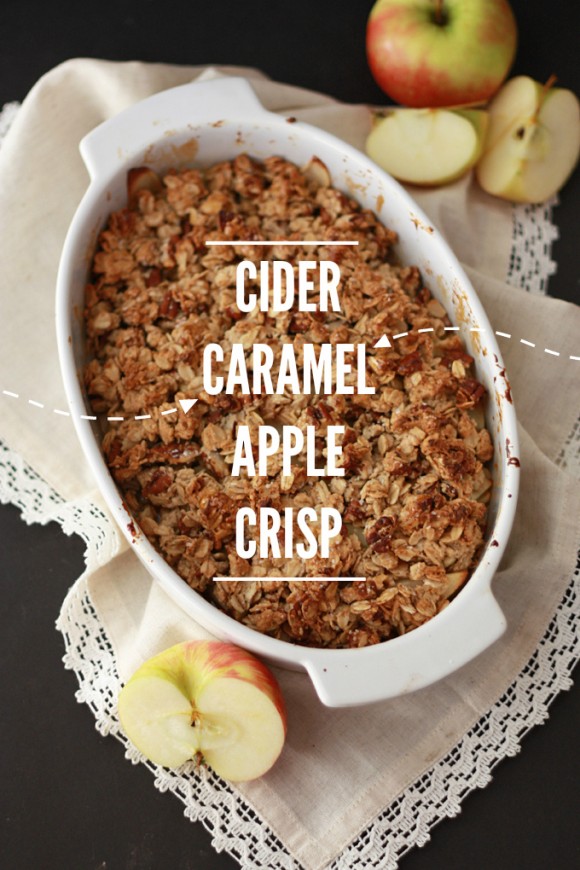