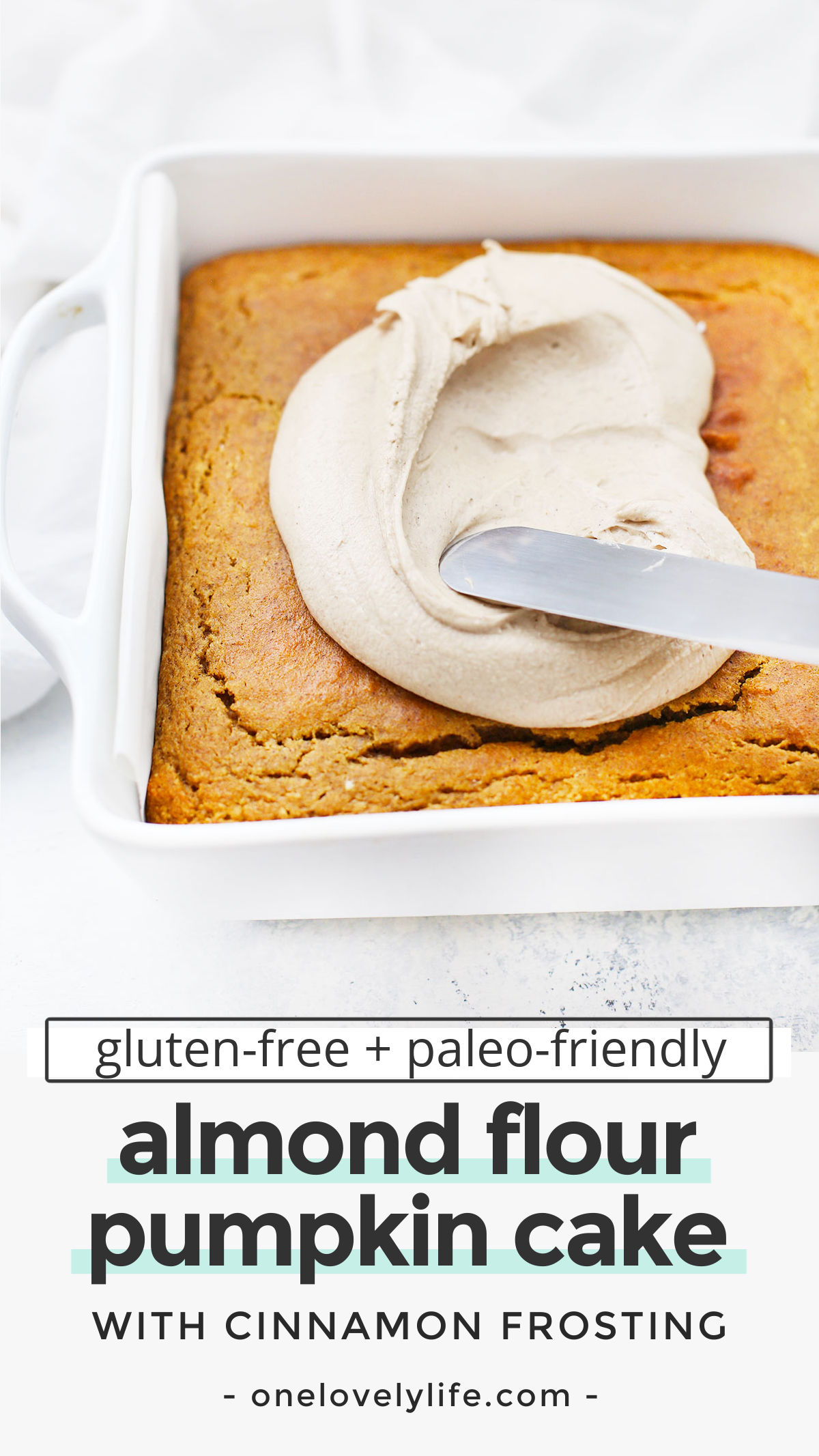 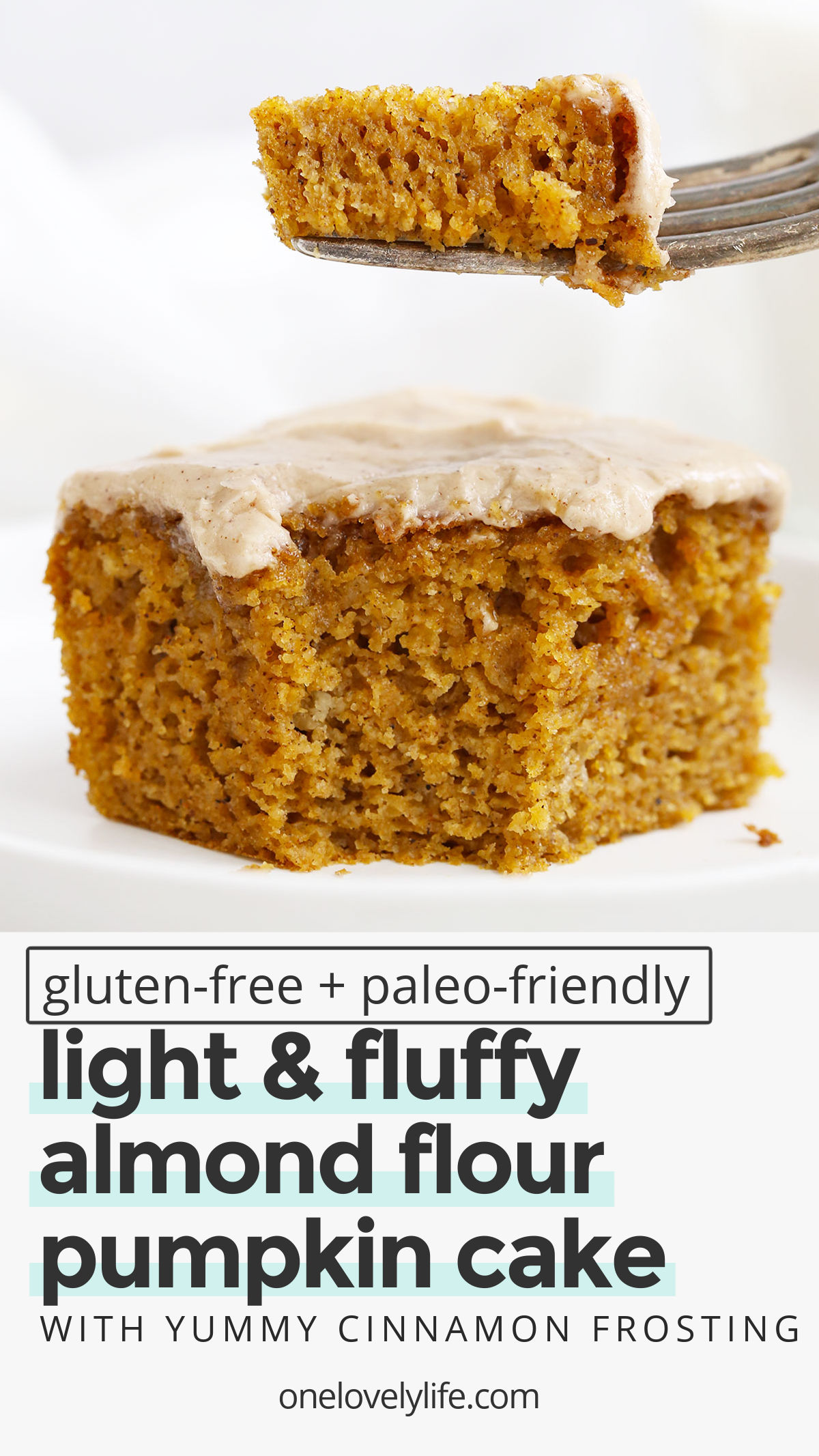 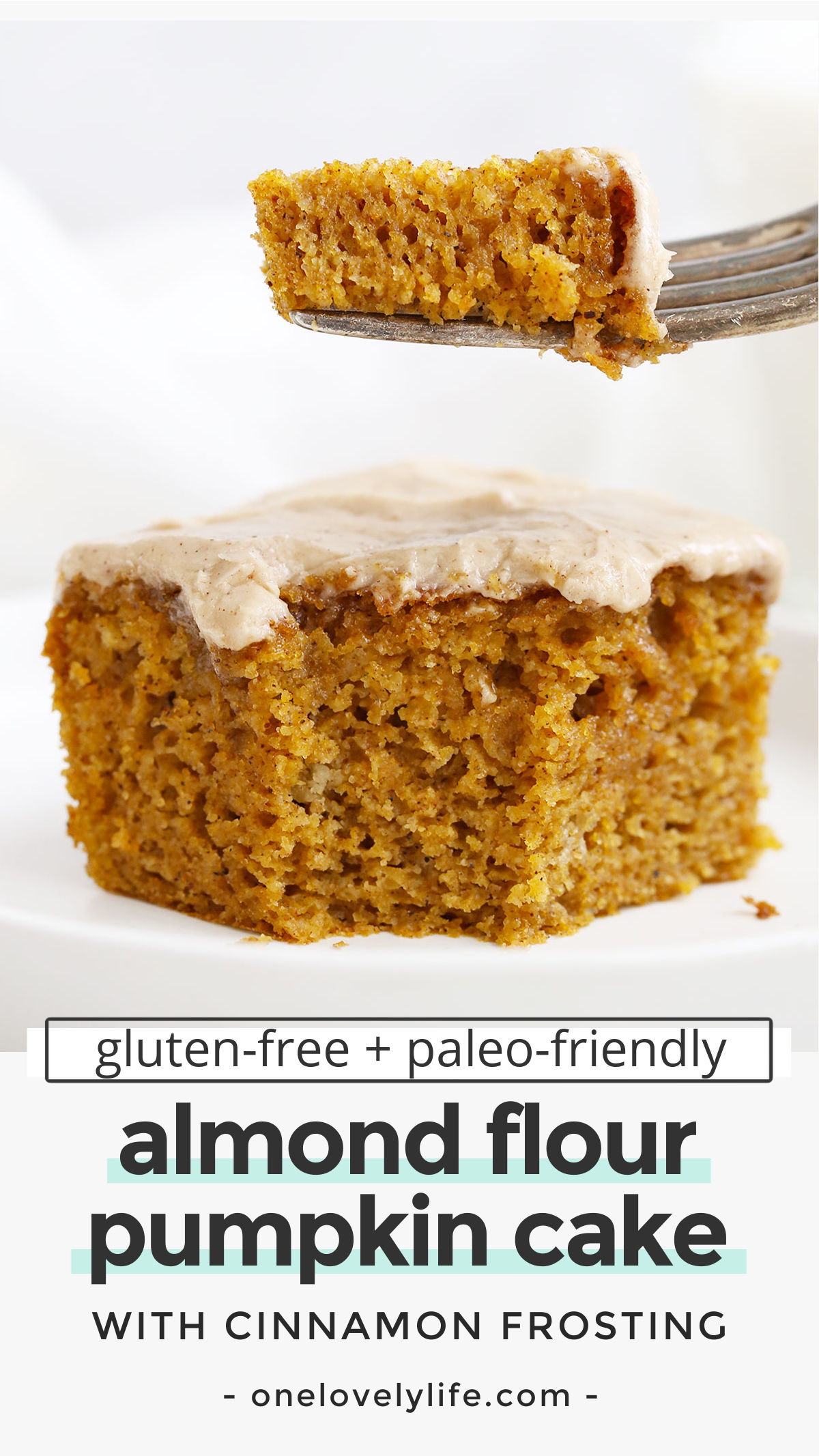 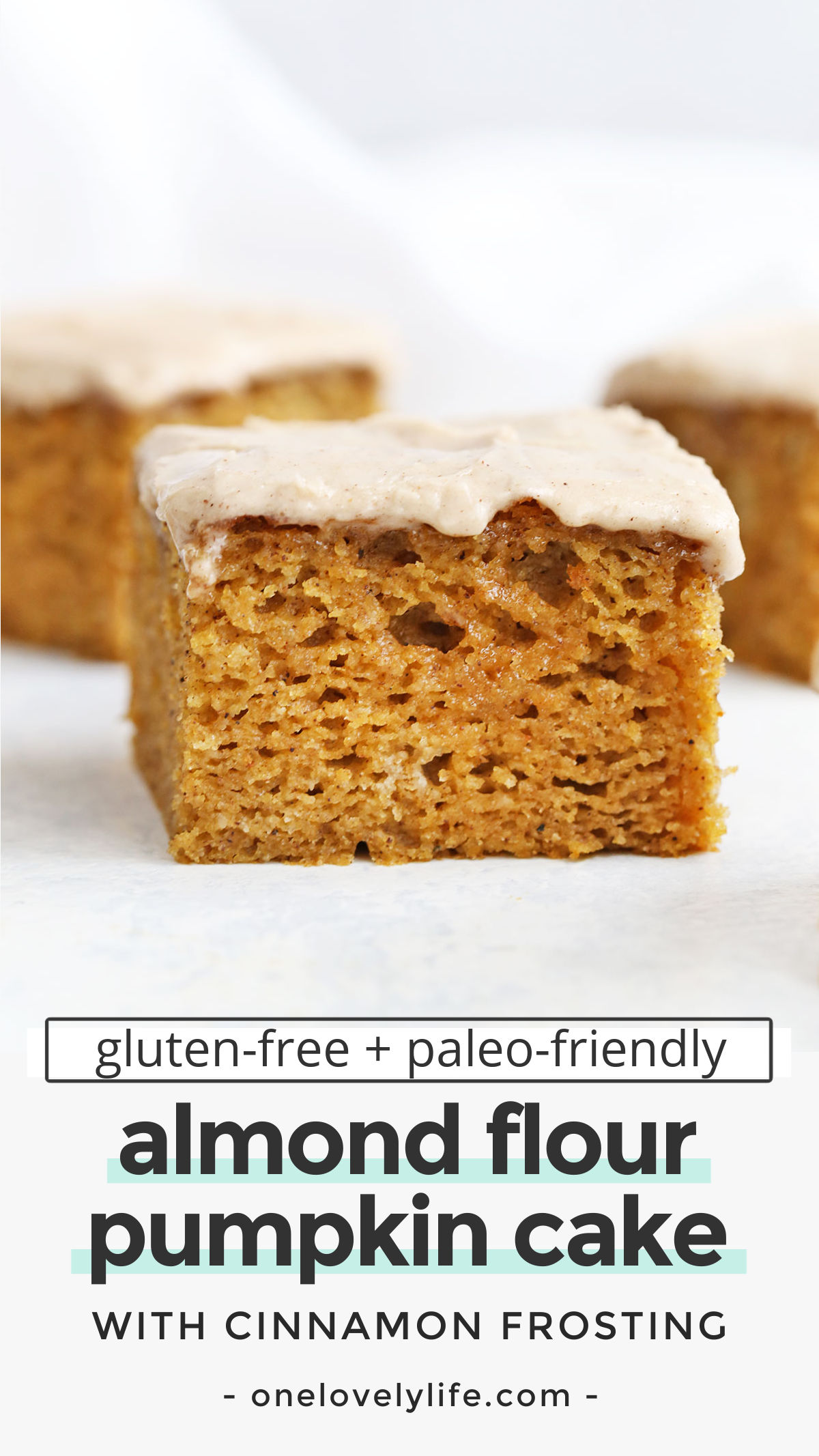 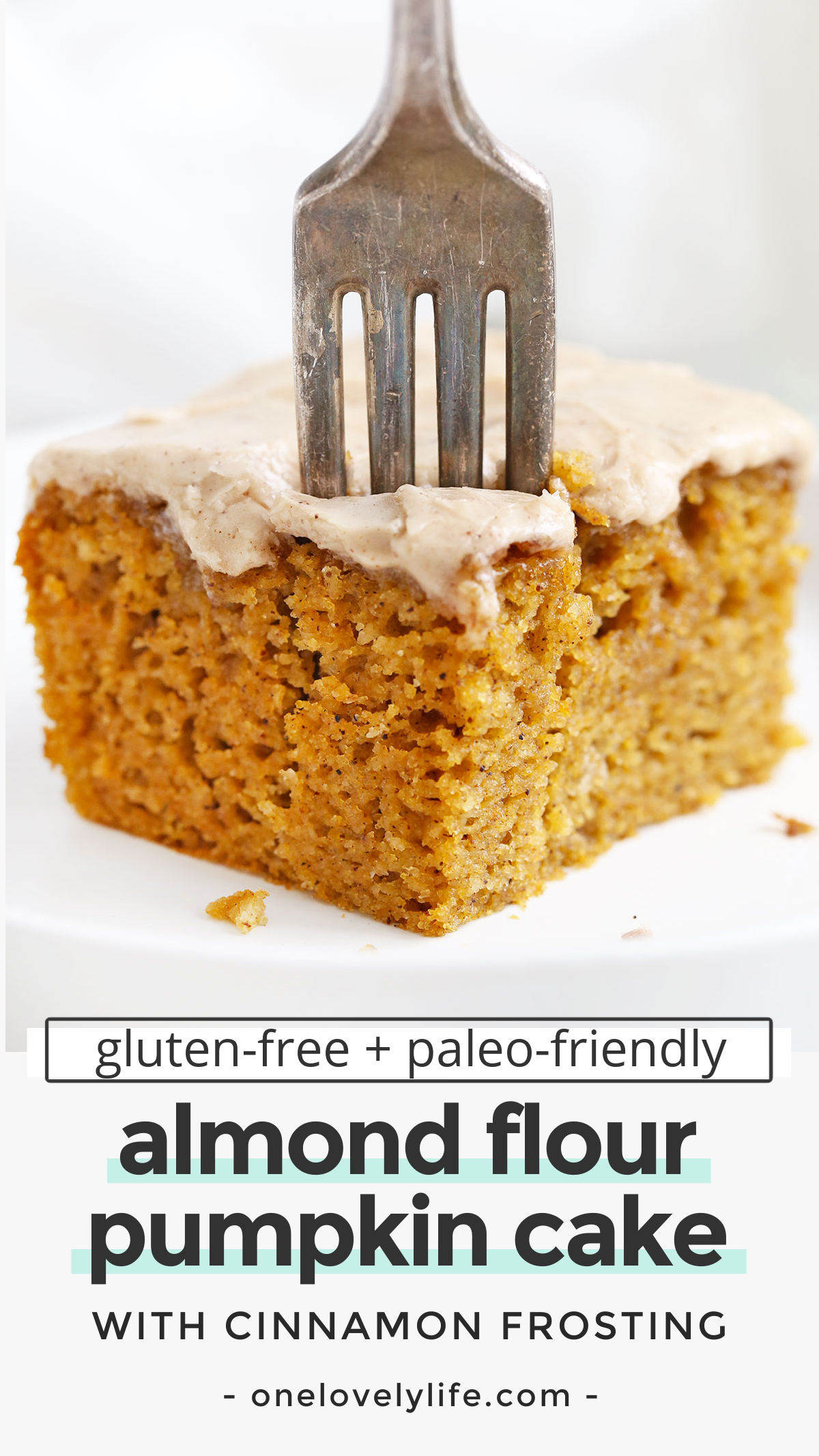 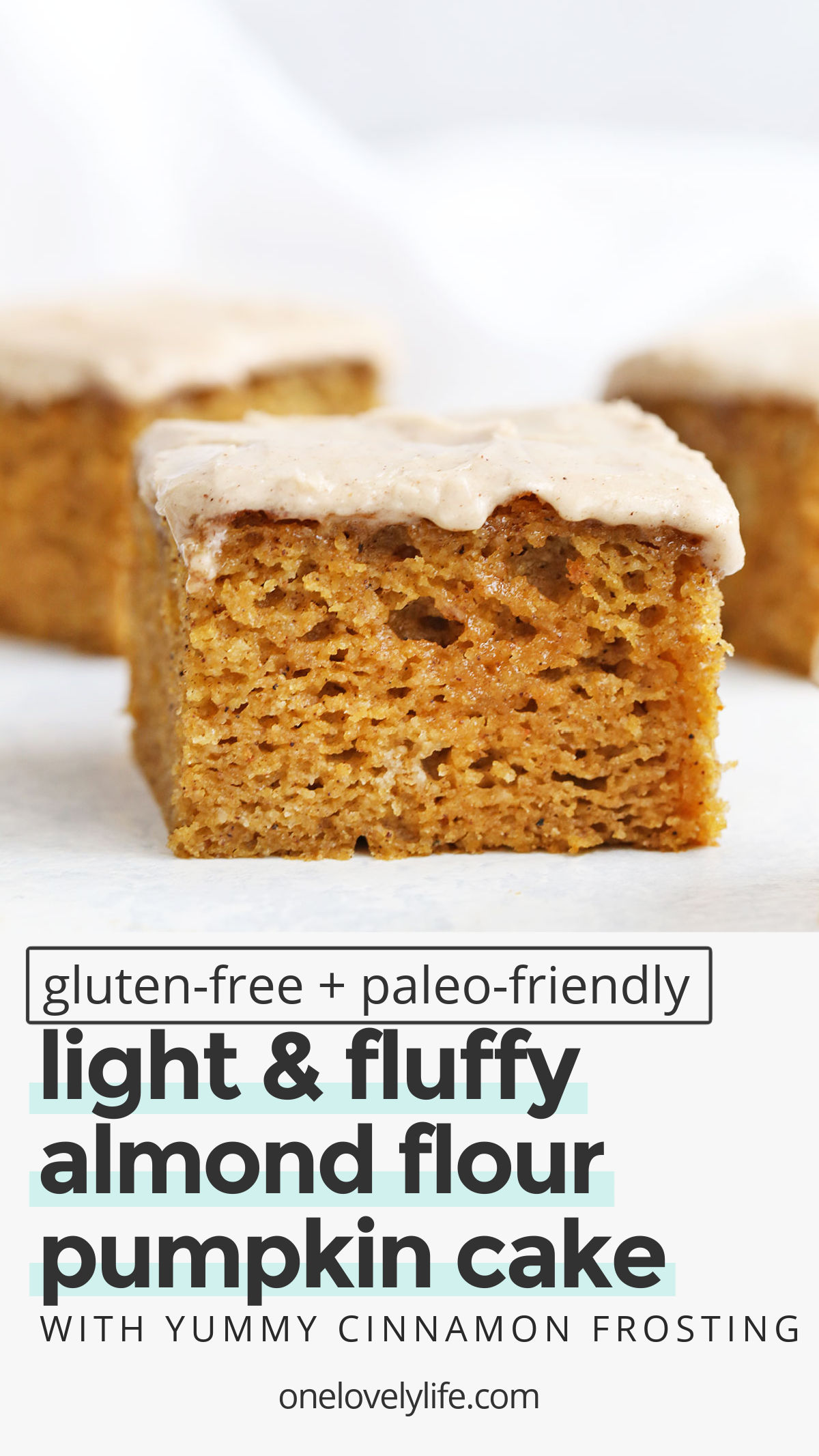 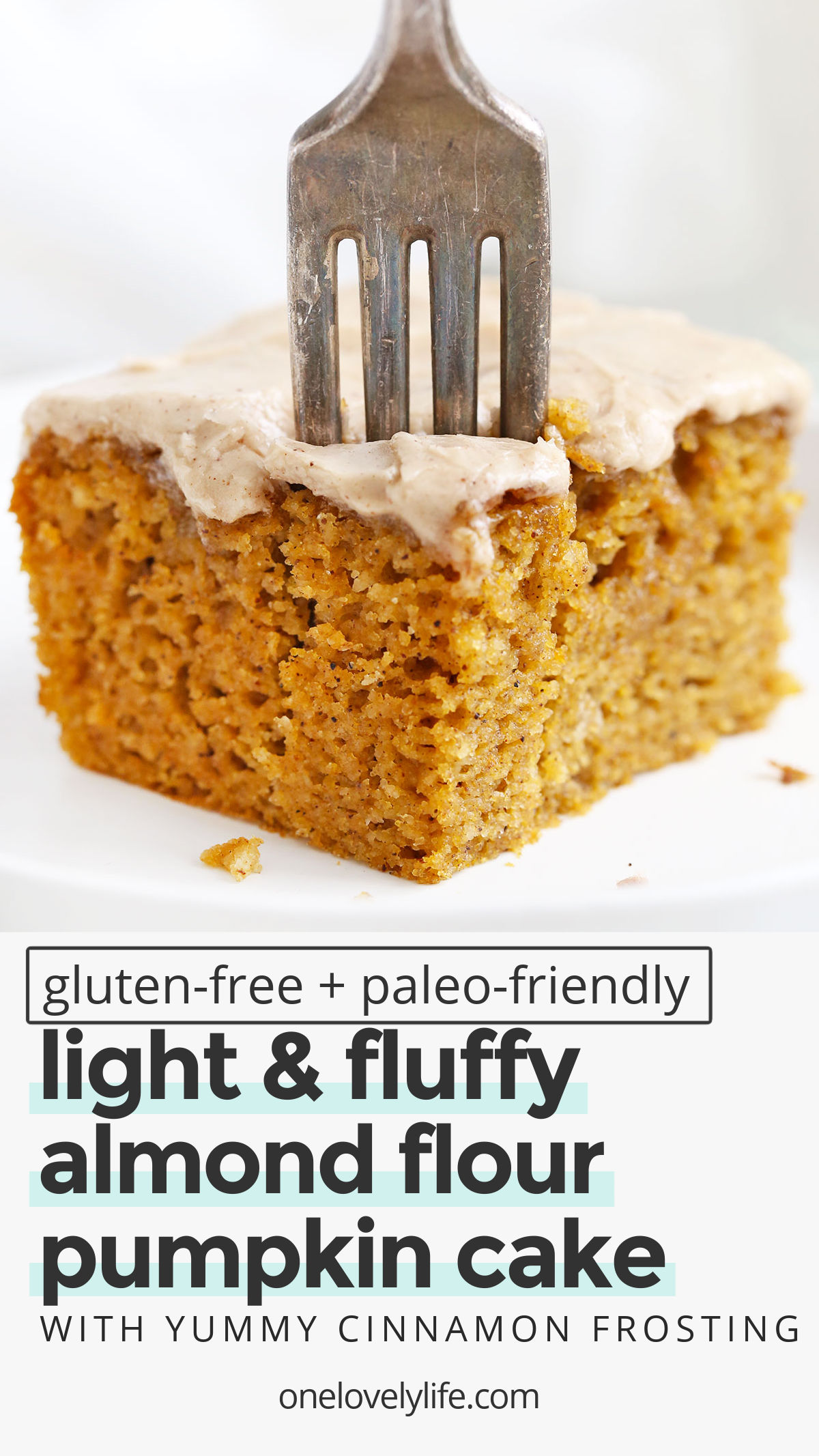 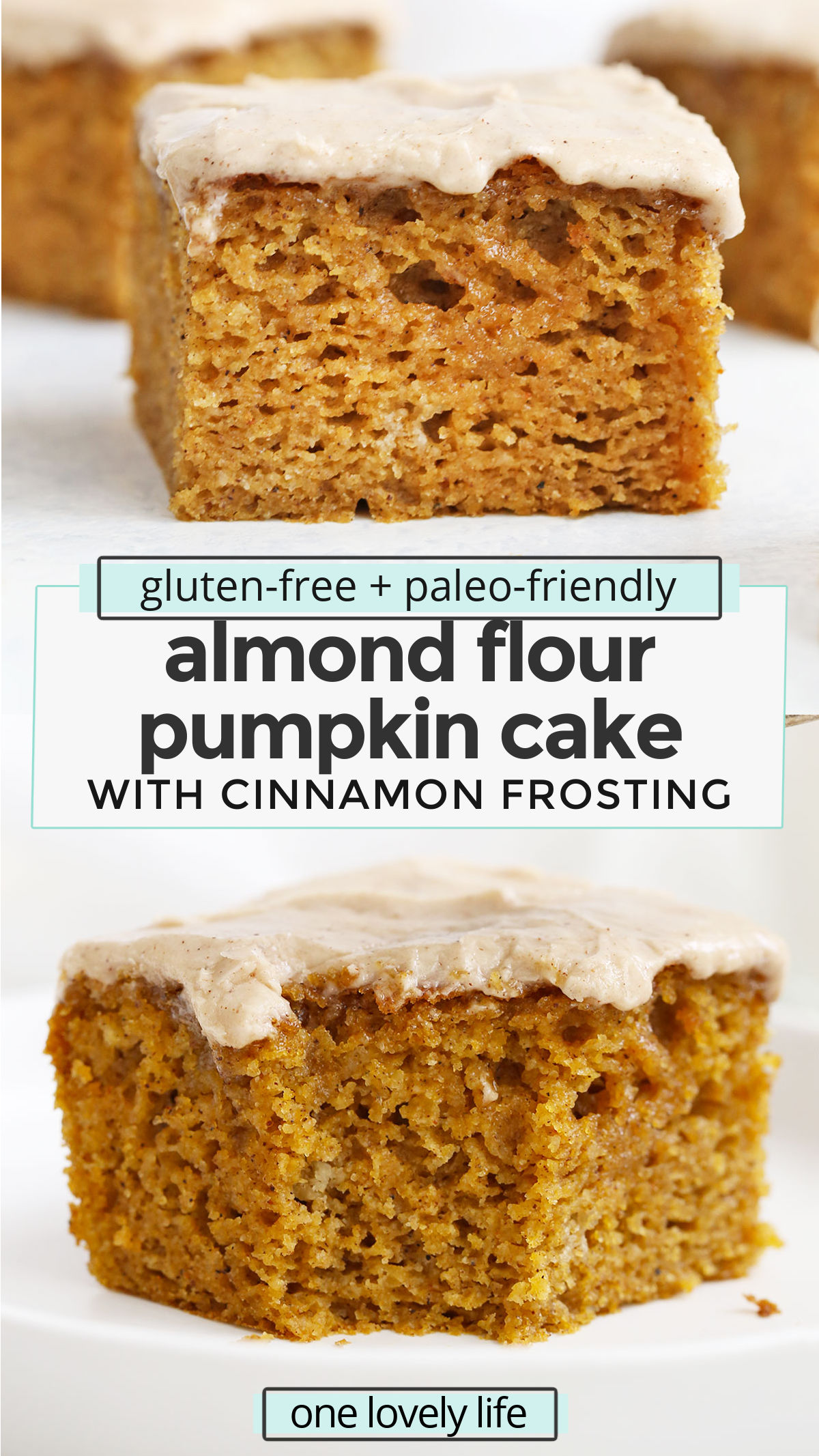 Gluten Free Pumpkin Cake with Cinnamon Frosting – This fluffy, perfectly-spiced pumpkin cake is what fall dreams are made of. It’s the best pumpkin cake I’ve ever tasted! (Gluten Free, Paleo-Friendly)

Fluffy pumpkin cake laced with the perfect blend of warm spices and topped with a dreamy cinnamon frosting you’ll have daydreams about. It’s THE BEST pumpkin cake I’ve ever had (with or without gluten).

Milo (6) already wants it for his birthday in January.

Here’s what makes it so amazing… 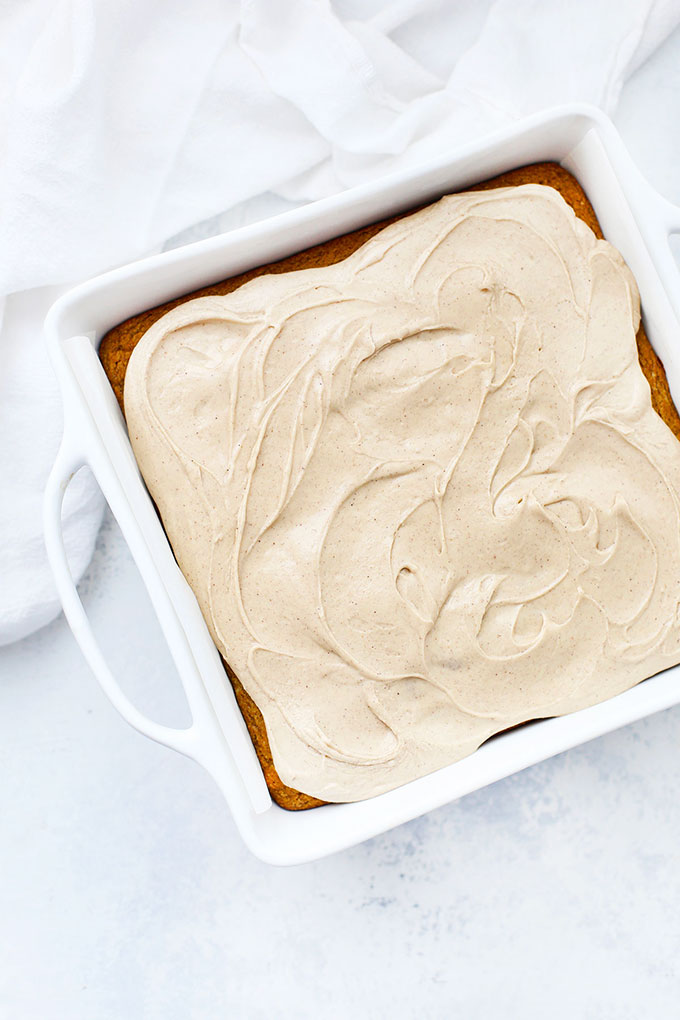 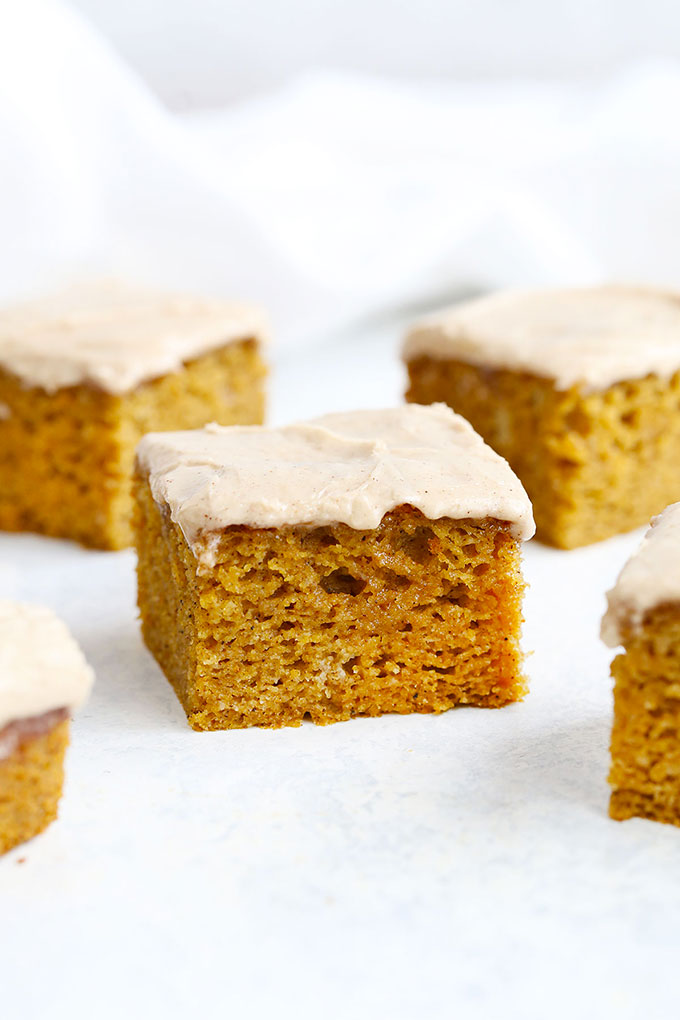 THE WARM SPICE BLEND. The combination of cinnamon, nutmeg, and cardamom along with a kiss of vanilla is just what fall dreams are made of.

THE FLUFFY TEXTURE. The cake is almost impossibly light and fluffy. I honestly don’t think I’ve ever had a better pumpkin cake. The combination of pumpkin with almond flour and arrowroot means you get a moist, fluffy pumpkin cake.

THE CINNAMON FROSTING. This light cinnamon frosting is so dreamy you’ll be thinking about it long after your last bite. It feels like the perfect way to top this gluten free pumpkin cake. (If you’re paleo or need a naturally sweetened option, see the FAQ for some suggestions!)

IT’S PALEO FRIENDLY. The cake itself is just a quick swap away from being 100% paleo, and I’ve got a few paleo frosting options below you’ll love if you need a refined sugar free option.

You know I love a good naturally sweetened frosting or glaze (see this amazing chocolate frosting, for instance). BUT. I really wanted a good, old-fashioned cinnamon frosting like the kind my grandma used to make. This is it. It’s just a few ingredients, but whipped together (a hand mixer makes it so easy!), they become light, soft, and the perfect combination of sweetness and spices.

A QUICK TIP FOR YOUR FROSTING: I like to look for powdered sugar that ONLY contains sugar (Safeway’s organic store brand has a good one!) for the best taste, but otherwise, I look for organic powdered sugar as I find there’s often less of the starch (cornstarch, arrowroot, tapioca starch) in it than in some of the less expensive brands. Less starch = better taste! Similarly, the better quality vanilla, the better the frosting.

HOW TO MAKE IT PALEO. If you’re strictly paleo, you’ll want to use paleo-approved baking powder (or an additional 1/8 tsp. Baking soda + 1/4 tsp. Cream of Tartar. The rest of the cake is 100% paleo approved! As for the frosting, here’s what I recommend…

NATURALLY SWEETENED FROSTING OPTIONS. If you’re paleo, avoiding refined sugars, or simply want a different frosting option, you might like one of these:

CAN I SUBSTITUTE THE ALMOND FLOUR FOR SOMETHING ELSE? Not if you want the same result. I tested it with gluten free 1:1 flour, and even when I played with the amounts, the cake was dense and more dry. Also, you absolutely CANNOT substitute coconut flour for the almond flour. Coconut flour absorbs several times its own volume in liquid, so unless you adjust the amounts of flour and/or wet ingredients, it will not work. Swapping coconut flour 1:1 will give you a dry, crumbly, crusty cake. No bueno.

CAN I MAKE IT VEGAN? I haven’t tried this without eggs, but I’d LOVE to know how it goes if you try it with flax eggs, additional pumpkin, or a powdered egg replacer!

HOW TO STORE YOUR GLUTEN FREE PUMPKIN CAKE. We keep ours covered in the refrigerator, and it’ll last 3-4 days in the fridge. You can also freeze it for about 1 month in a freezer-safe bag.

Gluten Free Pumpkin Cake with Cinnamon Frosting – This fluffy, perfectly-spiced pumpkin cake is what fall dreams are made of. It’s the best pumpkin cake I’ve ever tasted! (Paleo-Friendly)

FOR THE GLUTEN FREE PUMPKIN CAKE:

FOR THE CINNAMON FROSTING:

FOR THE GLUTEN FREE PUMPKIN CAKE:

NUTRITION FACTS = CAKE ONLY (since I know many of you will want to make it with a naturally sweetened frosting.)