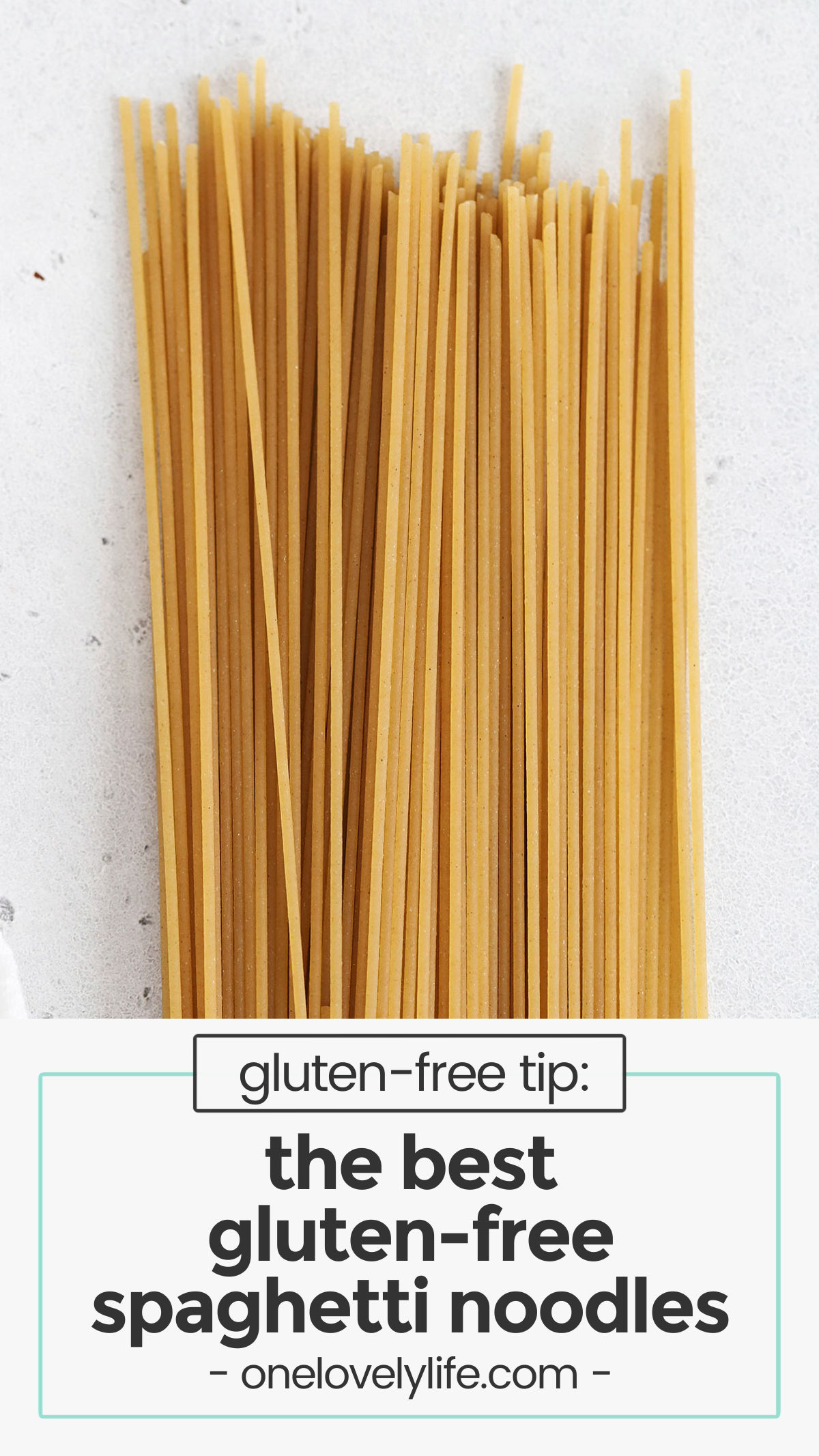 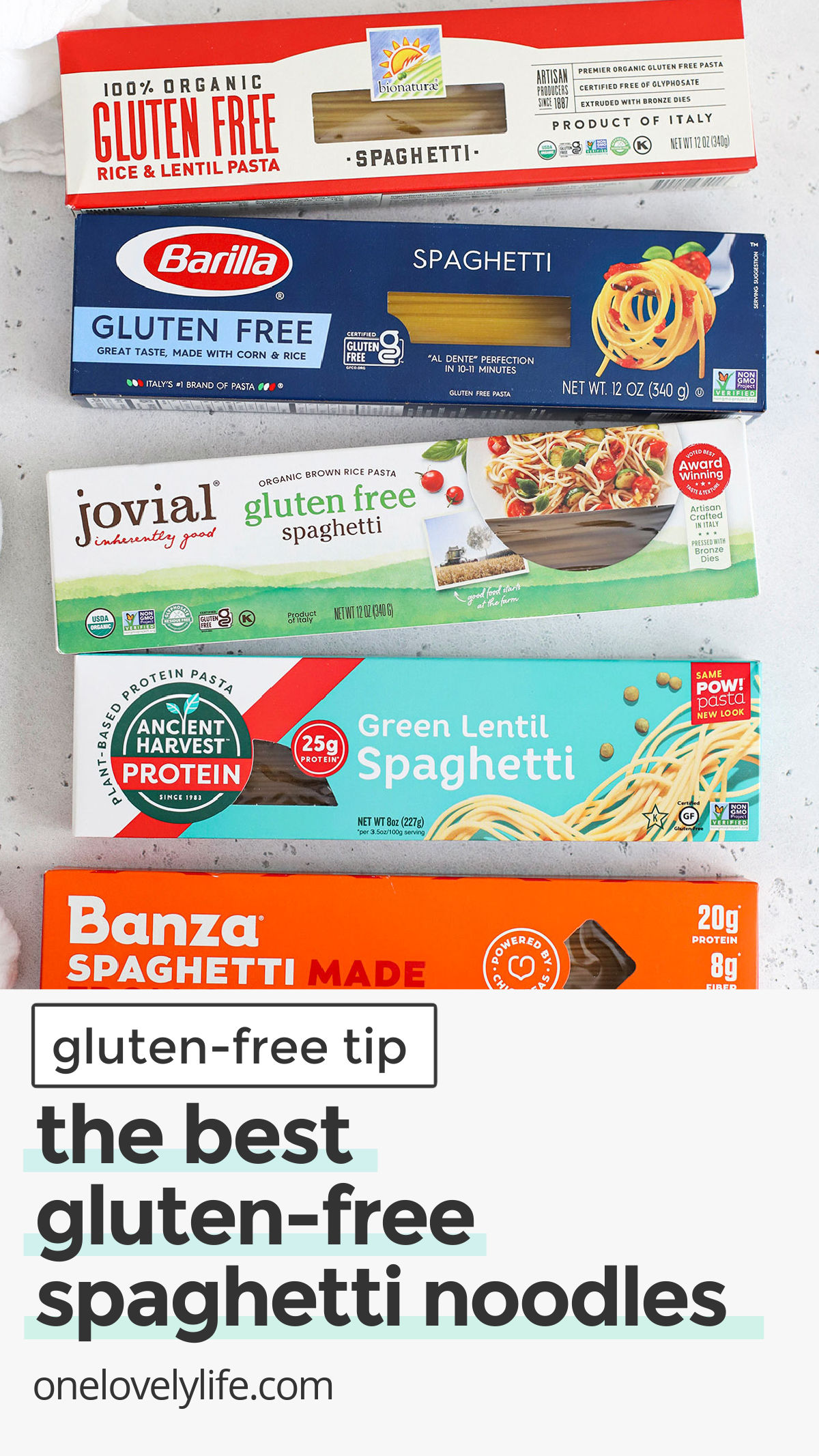 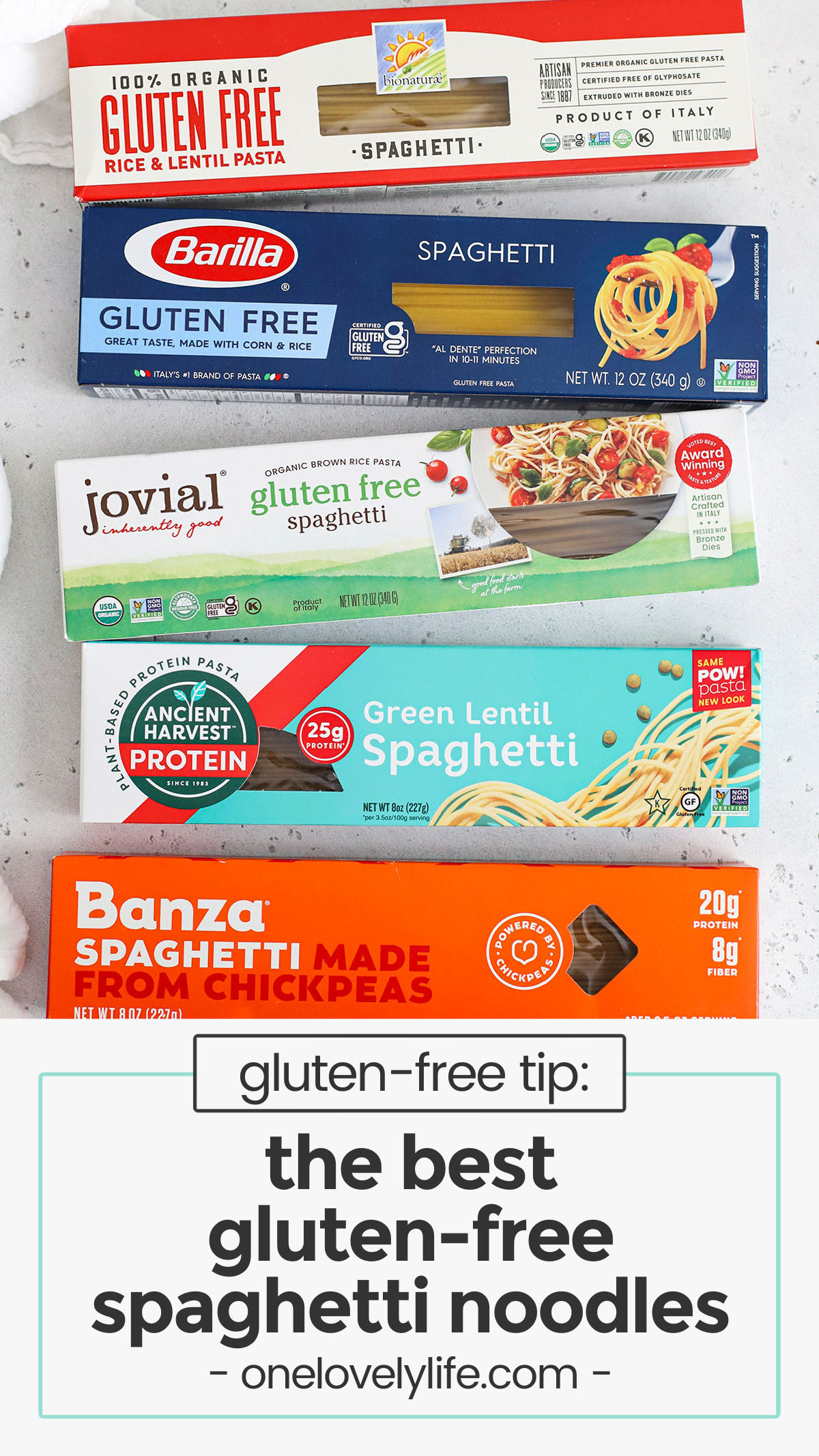 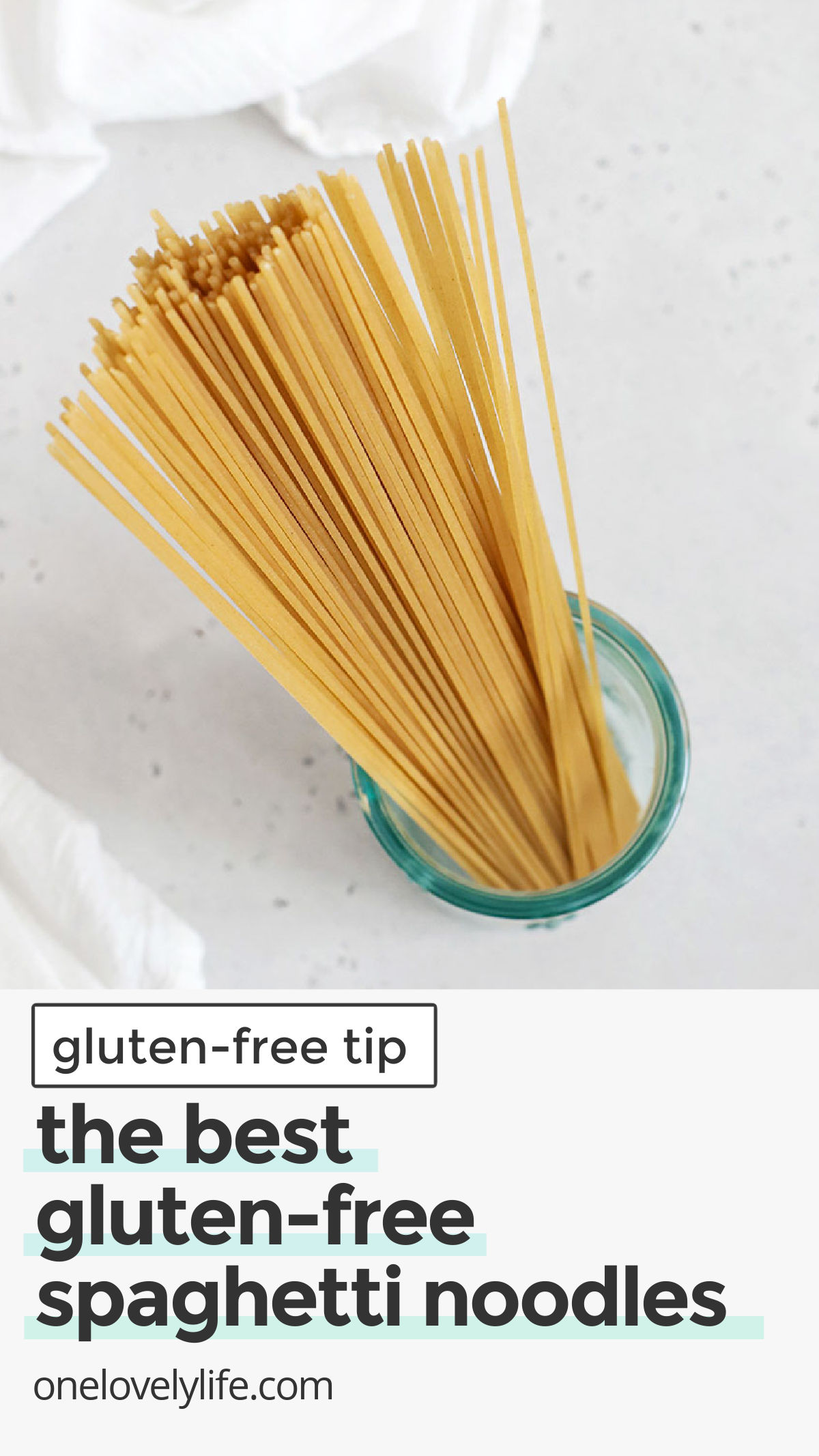 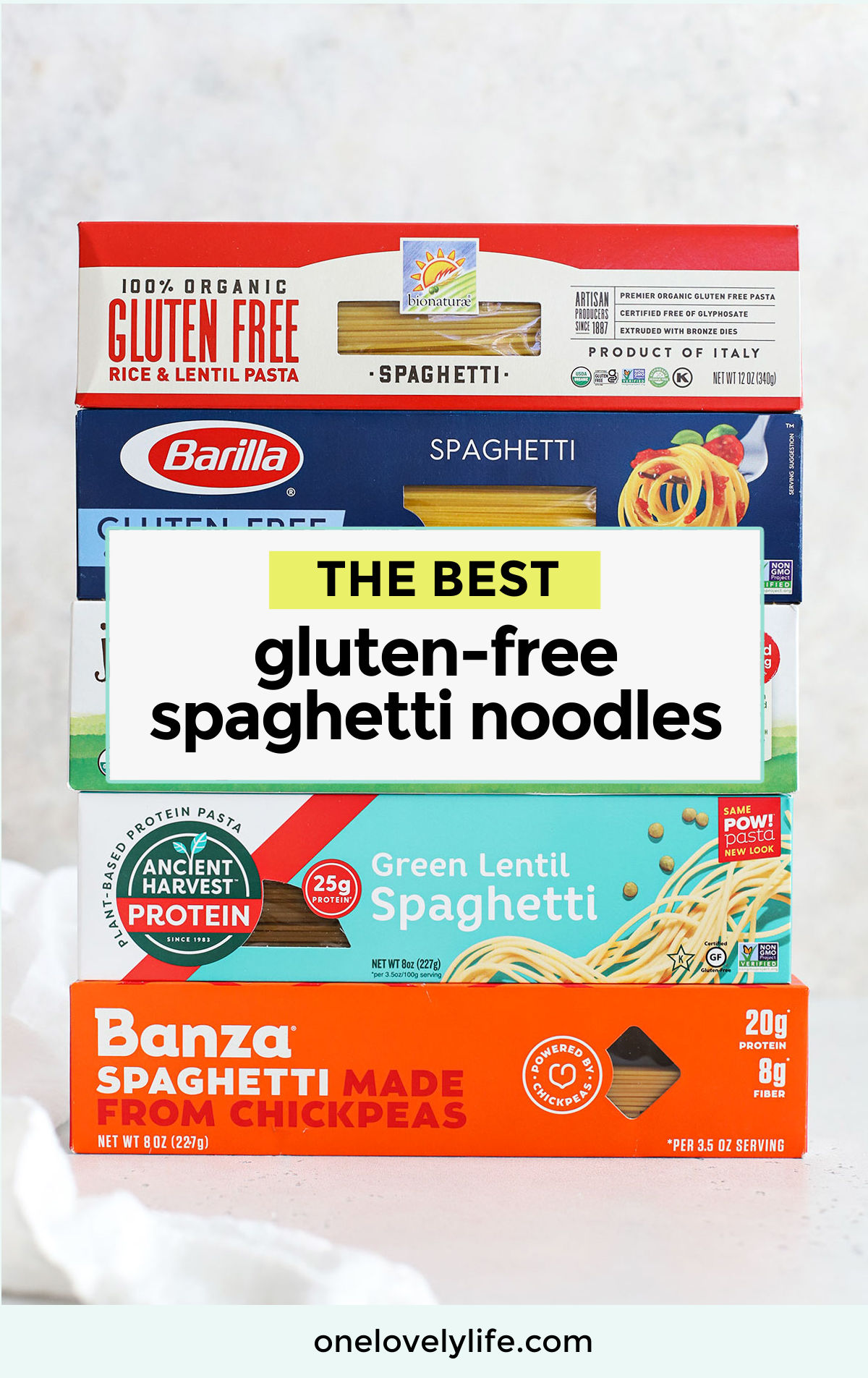 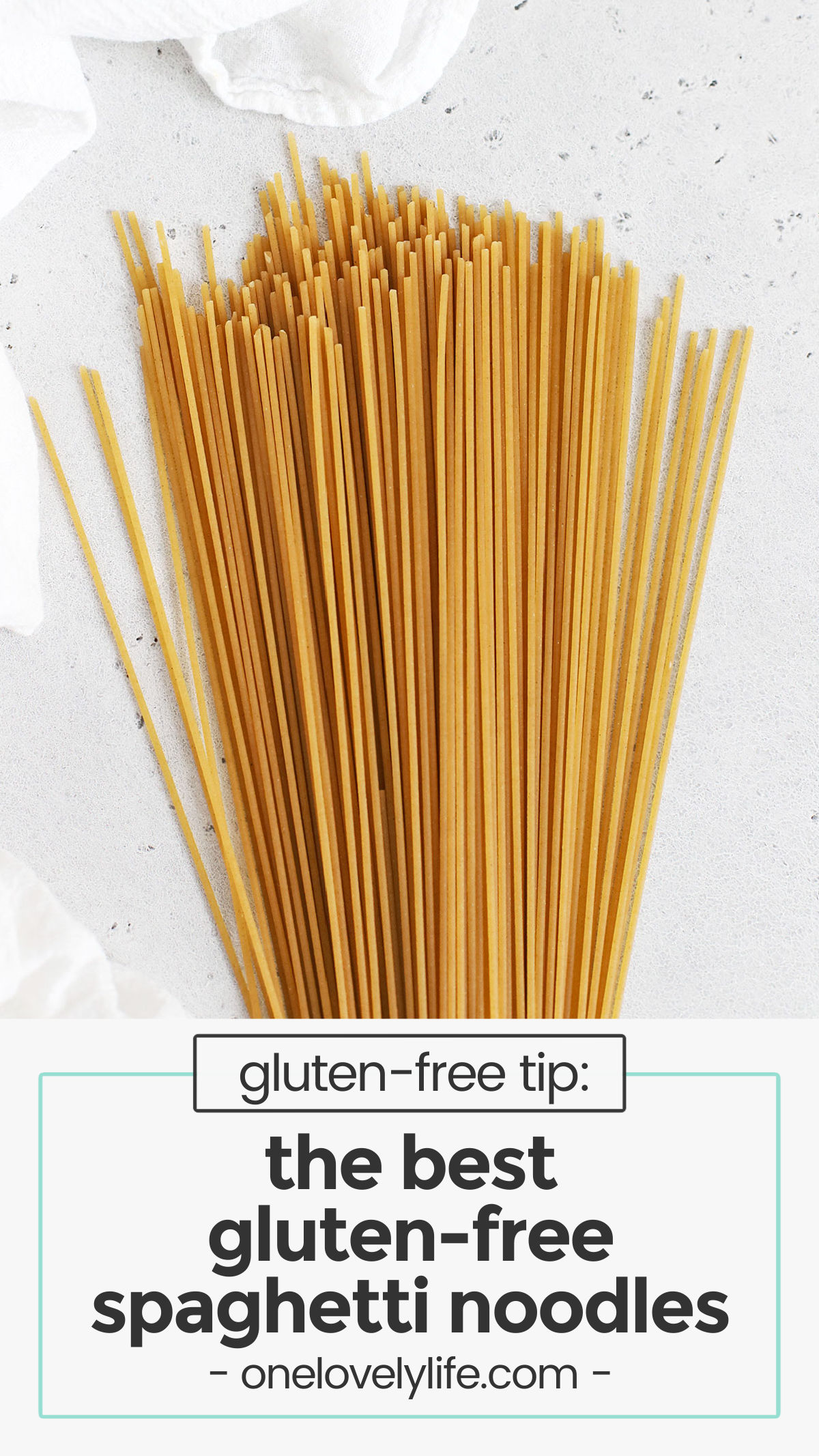 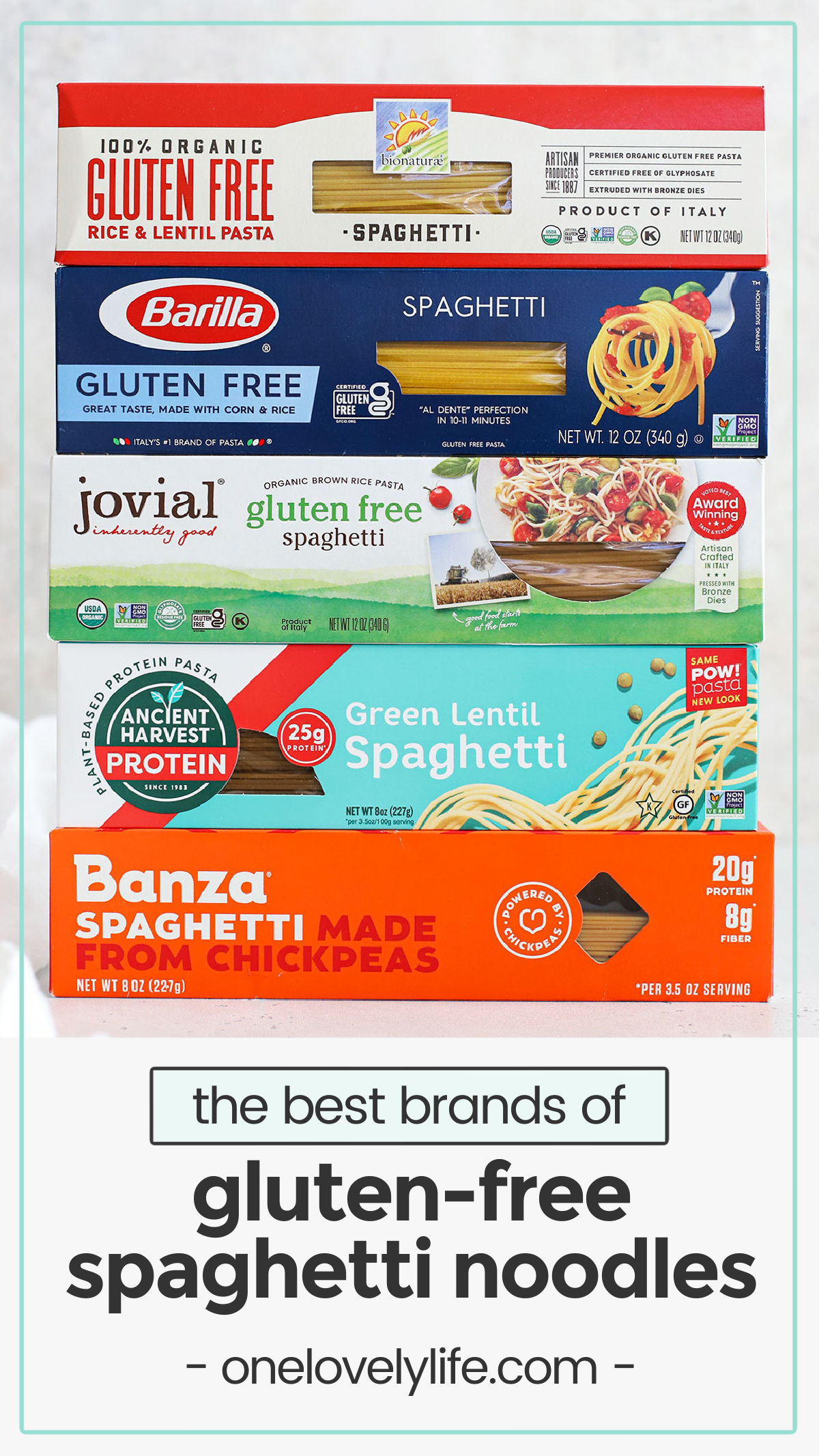 Wondering which brands of spaghetti noodles are gluten-free? We’re sharing popular brands to try, plus which gluten-free spaghetti is the best!

Ever since I was a toddler, spaghetti has been one of my favorite dinners. That didn’t change when we went gluten-free!

Whether you’re cooking for someone with Celiac disease or you’re gluten intolerant yourself, you’ll need gluten-free spaghetti to help satisfy your pasta craving.

Spaghetti squash and veggie noodles (like zucchini noodles) are yummy veggie-based options, but when you want real-deal spaghetti on a gluten-free diet, there are some great options out there to try.

Gluten-Free spaghetti Pasta, At A Glance:

Which Brands Of Spaghetti Are Gluten-Free?

So, which brands of spaghetti pasta ARE gluten-free? We rounded up every brand of gluten-free spaghetti we can find and their ingredients below!

which gluten-free spaghetti noodles are the best?

Every family will have their own preference, but after almost a decade of eating gluten-free, here are our top picks for gluten-free spaghetti:

After almost a decade of eating gluten-free, Jovial Brown Rice Spaghetti is consistently our favorite. It’s got a texture most similar to traditional pasta, is relatively inexpensive, and has a neutral flavor that won’t overpower the flavor of the sauce. It’s becoming ever more widely available, so I can pick it up at Kroger, Sprouts, Natural Grocers, Whole Foods, Amazon, Thrive Market, and more.

This fresh pasta has a lovely homemade taste and texture, so if you’re looking for fresh pasta, this is a lovely option. The only real downsides for me are that it’s not shelf-stable (so it’s tougher to keep on hand), and it’s definitely expensive. At $9-11 per box, it’s one of the priciest of the bunch!

Banza spaghetti consistently comes up as a high protein recommendation. It has a pretty decent texture (if a touch more dense), but I can definitely taste the bean flavor without sauce. If you’ve got little ones who are particular, this one may not pass the kid test. But if you’re counting macros, or eat a plant-based diet, this can be a great way to squeeze in some extra protein and fiber on pasta night!

Barilla Corn Spaghetti is probably the most budget-friendly option out there. If money’s tight (I get it! Gluten-Free foods always feel more expensive!), Barilla can be a great way to go. It’s also one of the more widely available options out there, so it can be easier to find.

Is Gluten-Free Spaghetti Healthy? Like traditional pasta, some brands are healthier than others. Corn and white rice-based pastas won’t bring much protein or fiber to the table. Brown rice and quinoa-based pastas have a decent amount of protein and fiber, and lentil and bean-based pastas can pack lots of each into a serving.

What Kind Of Gluten-Free Spaghetti Is The Most Like Regular Spaghetti? Texturally, I find brown rice spaghetti to taste the most similar to traditional spaghetti.

What Is Gluten-Free Pasta Made Out Of? Since it doesn’t rely on wheat flour, gluten-free spaghetti can be made from all kinds of things! Common ingredients are corn, rice, brown rice, lentils, chickpeas, beans, cassava, peas, and quinoa.

Where’s The Best Place To Buy Gluten-Free Pasta? Honestly, the best deal for many brands is to stock up or buy in bulk. I love Thrive Market for stocking up on my gluten-free pantry staples. Amazon can be another good option!

Sauces To Try With Gluten-Free Pasta