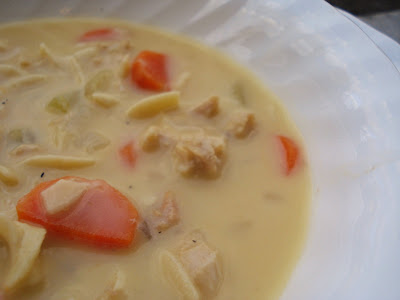 After a hoot-and-hollerin’ Thanksgiving break, Michael’s immune system decided to give in. The night we returned, he was “feeling fuzzy,” and progressively got fuzzier and fuzzier… just in time for him to have to fly out for an internship interview.

In this case “fuzzier” is a quaint word that means “his nose ran faster than Michael Phelps can swim and wetter than the water he swims in.” Other meanings include, “his head felt as though small hammers took turns pattering out ‘The Little Drummer Boy’ on his cranium” or “I’m so tired I want to go to sleep and wake up in three weeks” or even “my throat feels like someone has blow-dryed it and rubbed it vigorously with sandpaper.”

So, to take care of him, I made him spend an entire day in bed (save only trips to the men’s room or kitchen), filled him up with delightful orange juice, something to suck on (several doctors I know have said it doesn’t matter so much WHAT you suck on but that you suck on something. So I avoided Fisherman’s Friend cough drops and opted for something more pleasant…LifeSaver’s green mints and their berry flavored candies. Highly recommended.)

Last, but not least, I knew that there just isn’t beating chicken soup. So I made the soup that hits the spot for me when I’m feeling sick…creamy chicken noodle… Also, for those of you who struggle with the idea of canned cream of chicken soup, a fresh, preservative-free version can be found on my blogging friend

Emily’s website. She is AMAZING at coming up with delicious recipes! Directions:
In a large saucepan, saute carrots, celery, and onion in a teeny teaspoon of olive oil till tender, but still with a little bite. Sprinkle pepper to taste. Pour in broth. Bring to a boil, and add noodles. Cook 4-5 minutes (noodles will still be somewhat firm). Reduce heat to medium-low. Stir in chicken and cream of chicken soup. Stir and heat through.