The Only Pie Crust Recipe You’ll Ever Need to Know – This best-ever pie crust recipe is PERFECT and so easy! Use it for sweet or savory pies and enjoy tender, flaky pie crust every time! 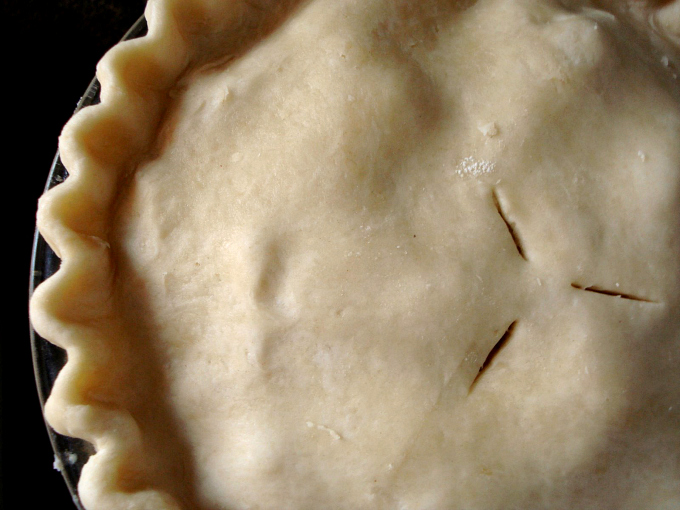 Pssst! This recipe has been updated to a gluten & dairy free version.

There are two basic schools of pie crust: butter and shortening. While it’s true, nothing on earth can match the flavor of a butter crust, the truth is, shortening crusts are going to give you the flaky texture you’re looking for. Every. Single. Time.

This recipe is adapted from one that comes from my Great Aunt Helen. I have never–EVER–had a problem with it. The same cannot be said about so many other crust recipes I’ve tried.

I use this recipe for both sweet and savory dishes (like chicken pot pie), and have had no problem adapting it one way or the other. This makes a double crust. If you only need a single, make the entire recipe, and wrap the second half in plastic wrap to freeze. To use the frozen crust, just thaw in the refrigerator. Beautiful. 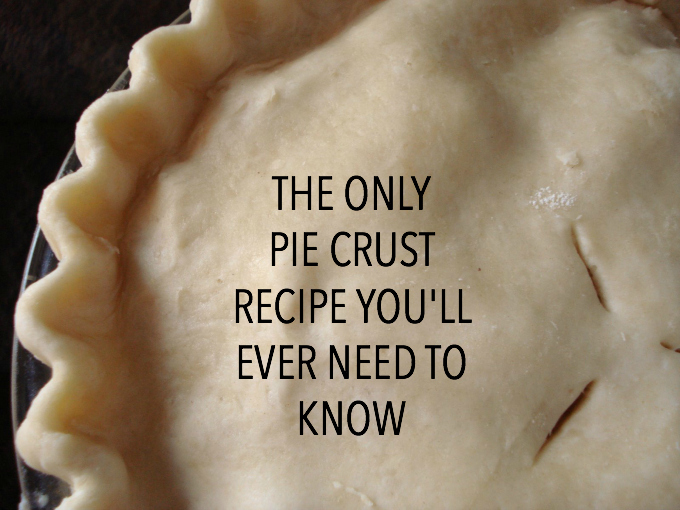 LOVE A GOOD PIE? TRY ONE OF THESE FILLINGS IN YOUR PIE CRUST:

TO USE FOR A PIE – Follow the baking directions of your pie filling recipe.