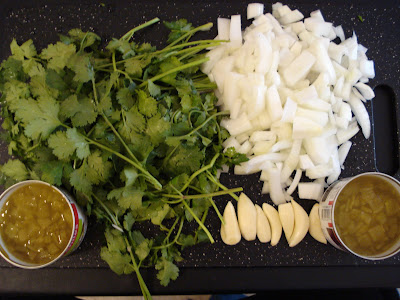 This recipe is also adapted from one from my mother in law. This recipe also makes a LOT of rice, but the quantities go perfectly with the amount for Cafe Rio Pork.

This recipe calls for some ingredients to go into the blender (half an onion, half a bunch of cilantro, etc.) To make my life easier, I usually just double the ingredients that go in the blender and freeze half for another use to avoid wasting anything. I’ve included the doubled recipe at the bottom if you want to freeze half.

(all these pictures are from the doubled recipe) 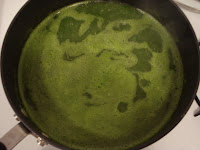 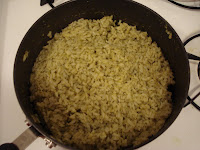 In a blender or food processor, combine onion, cilantro, garlic, chiles, and salt. (if your blender struggles to really blend this properly, feel free to add 1 c water to the mixture and reduce the amount of water you add later to 3 c). When blender mixture is well combined, add with water and bouillon to a large pot. Bring mixture to a boil. Add rice and reduce to very low simmer. Stir occassionally, and simmer about 45 minutes or until all the water is absorbed. 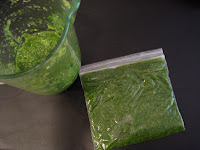 Directions: Place all ingredients in blender or food processor. Divide mixture in half, placing one half in a freezer-safe ziploc bag. Remove as much air as possible from the bag, then place in the freezer for another use.